Sinclair, one prepared to blame coronavirus on conspiracy theories, say it’s cutting 5% of its workforce due to pandemic 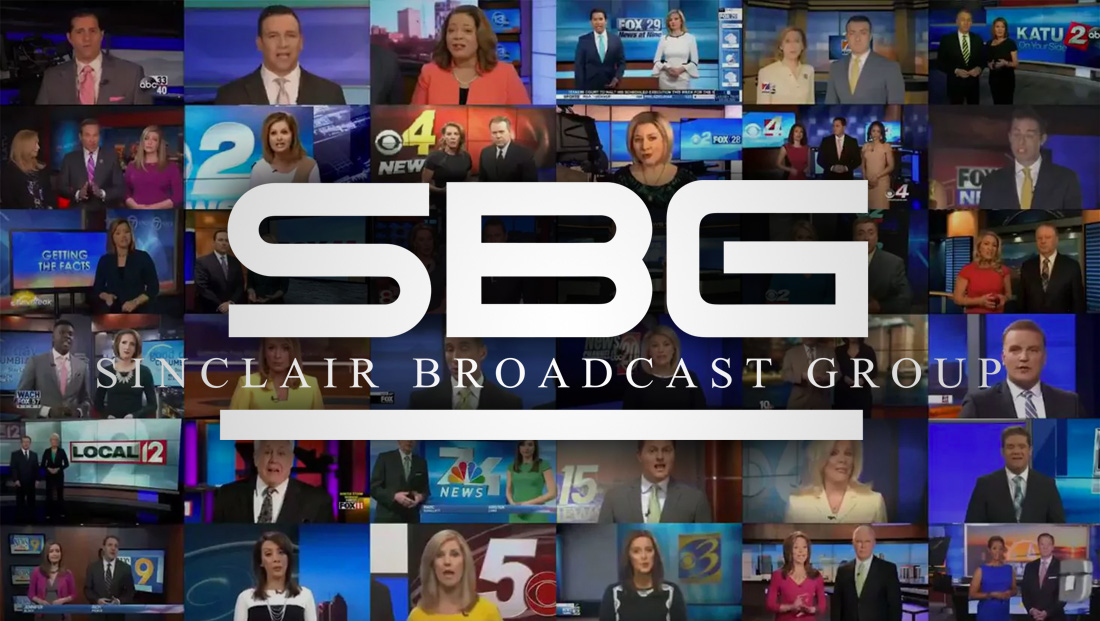 Sinclair Broadcast Group is preparing to cut about 5% of its workforce due to effects from the coronavirus pandemic.

According to CNN Business, Sinclair has about 9,211 employees, so a 5% reduction would mean about 460 people would lose their jobs across the company.

Sinclair did not indicate where the layoffs would occur, but the company owns or operates 193 stations in over 100 markets across the U.S.

The company has come under fire for right leaning views, including inserting them into local newscasts during a period when it required stations to use its “News Central” format that included “must run” commentaries from a senior Sinclair exec at the time.

Most recently, the group garnered controversy when it yanked a segment on its syndicated program “America This Week,” which many of its stations air, that peddled conspiracy theories that the coronavirus pandemic was purposefully “created.”

Despite dropping segment, entitled “Plandemic,” the company has still mostly toed the line with Donald Trump’s administration viewpoints on the coronavirus.

It also required its stations to add American flag animations to their graphics packages in 2017 and in 2018 came under fire for making most of its stations air what became known as a “hostage video” promo that promoted its purported unbiased newscasts.

Then, in 2019, the group dropped a weather related “Code Red Day” effort at least one of its local meteorologists said was not a decision made by forecasters, but rather management.

Other station groups and media companies have cut jobs as a result of the pandemic, though some of the cuts were in the works, like Sinclair’s, before the virus hit.

TV stations rely heavily on advertising revenue which, in turn, requires other businesses to spend money on marketing. Many industries have been hard hit by the pandemic and as a result have scaled back on advertising — with a World Economic Forum estimate showing a 21% dip on TV spends.

That said, linear TV broadcasters and other media that rely on advertising have been forced to rethink their business models over the past decade or so as advertisers shift budgets to online, digital and streaming marketing, among other options.

Sinclair’s jointly owned Fox Sports Network division already laid off between 50 and 100 employees in 2020, plans that were reportedly under way before the pandemic hit but then accelerated.

Sinclair and Entertainment Studios purchased Fox Sports Networks after it, along with assets of 21st Century Fox, were sold to Disney in 2019. As part of regulatory approval, Disney was required to sell the division within 90 days to avoid a monopoly given the company’s existing ownership of ESPN.

The result was a joint venture called Diamond Sports Group.

In early 2021, Diamond announced it would rebrand most of the Fox Sports regional sports networks under the Bally name. Two of the Fox RSNs would be shut down, the company announced at the time, though it did not indicate if any jobs would be lost.

According to a search of news headlines, there has been no public announcement of Sinclair executives taking pay cuts as a result of the pandemic.

Many companies from all types of industries announced highly paid execs would voluntarily take pay cuts due to COVID-19 crisis, including leadership and high profile on air talent of the Fox Sports division still owned by Fox Corp.