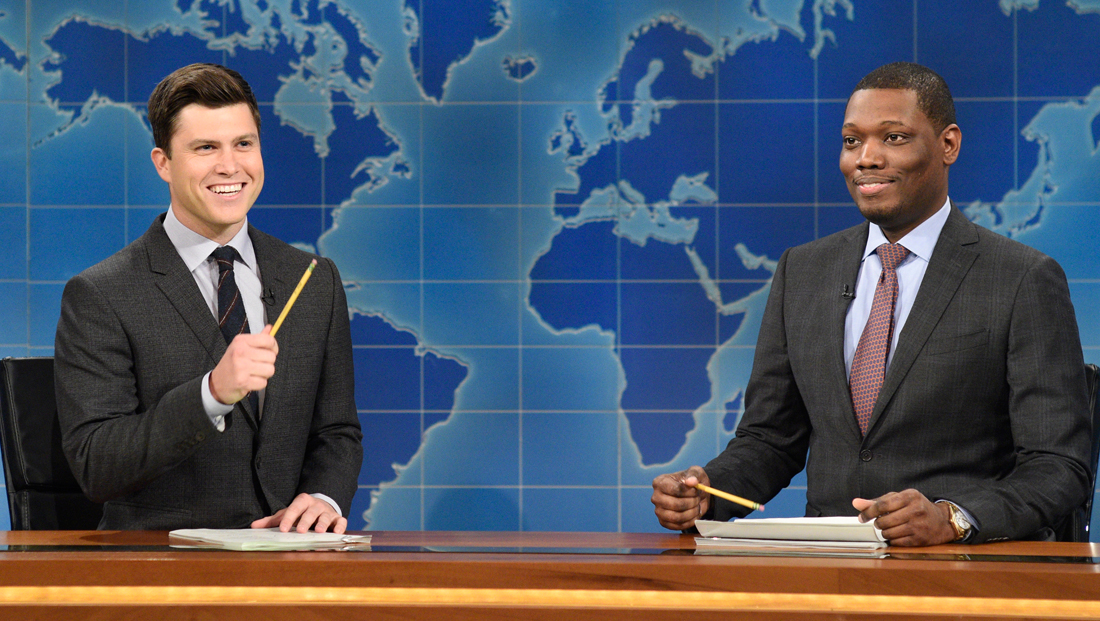 “Saturday Night Live” head writer Colin Jost may depart the show after the 2020 elections according to proofs of his upcoming book obtained by Variety.

In the current galley versions of “A Very Punchable Face,” due out April 14, Jost reportedly writes that he is “preparing mentally” to leave the program.

The content of the uncorrected galleys is likely to change at least slightly before printing — and entire sections or statements could be eliminated, updated or added.

He goes on to hint that he may stay through the 2020 election.

He’s been with “SNL” to a decade and half, serving as a cast member, writer and head writer.

In the book, Jost expresses that he might be open to exploring broader challenges outside of the weekly sketch show.

Many past “SNL” cast members have used the show as a jumping off board for careers in film and scripted TV — with varying degrees of success.