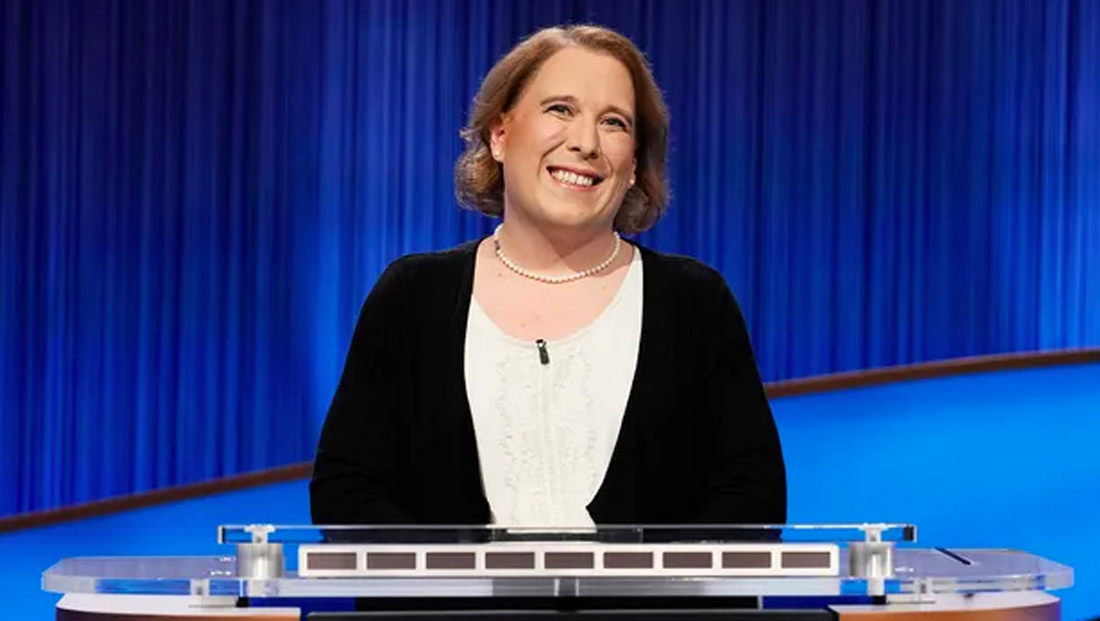 End spoiler alert: That person was not Amy Schneider.

Schneider, an engineering manager from Oakland, California had captivated fans with an impressive 40-game winning streak and $1,382,800 in winnings.

However, that all came to screeching halt Jan. 26, 2022, when a failure to come up with the only country in the world whose name ends in “H” caused her to lose the game to Chicago librarian Rhone Talsma, who played a strong game that included gutsy Daily Double wagers, which were likely key in helping him win.

Talsma got what some “Jeopardy!” fans call the “Zerg cam,” a cut to a reaction shot of the “giant slayer” when they realize they won the game.

The show had also taken to using a similar shot to capture Schneider’s reaction after getting a Daily Double right, especially if she seemed unsure.

“Jeopardy!” fans will get to see Schneider again, however, when she returns for the Tournament of Champions, which is likely to be one of the show’s most anticipated ones given that super champ Matt Amodio (know for his cavalier “what’s” phrasing) returns to the stage.

Schneider won two more games than Amodio but didn’t manage to overtake Ken Jennings’ record of 74 games (Jennings joined “Jeopardy!” as a consulting producer and is currently hosting the show).

Talsma is slated to go up against Chris Canahui, who is described on the show’s website as a “technician” and business intelligence manager Carrie Cadwallader on the Jan. 27, 2022 episode.

“Jeopardy!” episodes are taped in advance and contestants are required to stay mum on what happens on the shows. Talsma’s win was taped back in November, so both he and Schneider have had to keep quiet about the outcome of the episode for quite some time.