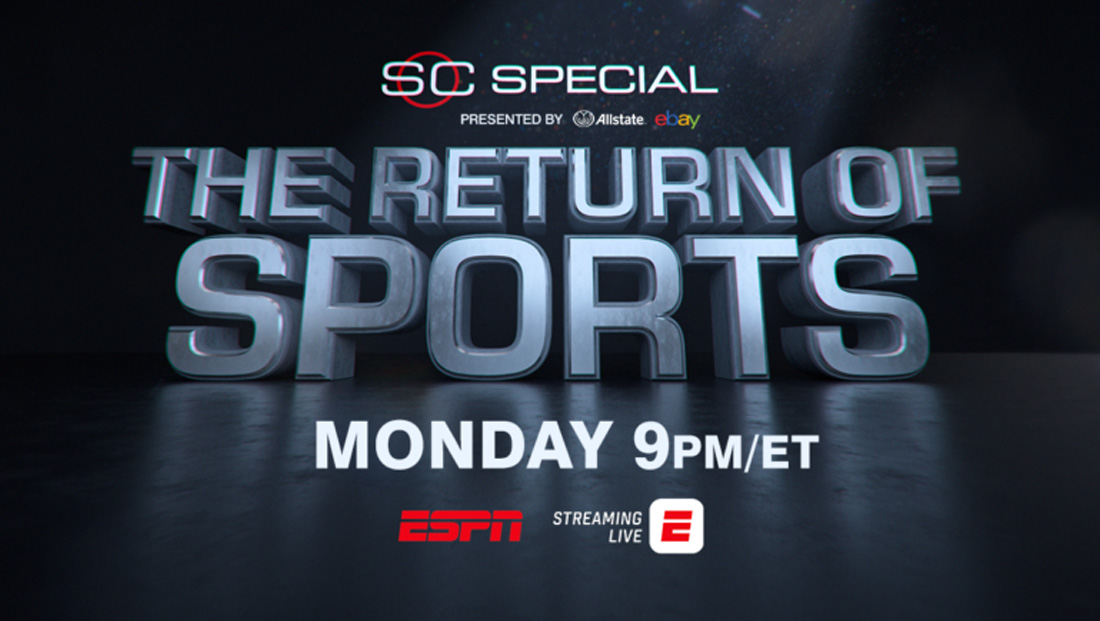 ESPN will host “SportsCenter Special: The Return of Sports” on Monday, June 15, 2020, as the commissioners from six of the top American professional team sports leagues discuss the return to competition in the midst of the coronavirus pandemic.

Greenberg will speak with each league commissioner about his/her sport and the approach to return. Topics will include the health and safety of players and workers, the economic impact and plans going forward, games without fans and potential broadcast innovations, the consequences and legacy of “asterisk seasons,” and the potential long-term impact of COVID-19.

In addition, the ESPN special will discuss social justice reform efforts among leagues, teams and players that have come to the forefront following the death of George Floyd and with worldwide demonstrations calling for justice, equality and the condemnation of racism.

“Since sports came to a halt three months ago, we’ve all been eagerly awaiting their return. In this SportsCenter Special, fans will hear directly from commissioners, managers and athletes about the decisions they’ve made and the challenges they’ve faced throughout this unprecedented time, and what the resumption of sports will look like over the coming weeks and months,” said Stephanie Druley, ESPN Executive Vice President, Event and Studio Production.

All of the conversations with the league commissioners and other guests will be pre-recorded in advance of Monday evening. Greenberg will anchor from ESPN’s Bristol, Conn., studios while all other guests will participate from remote locations.