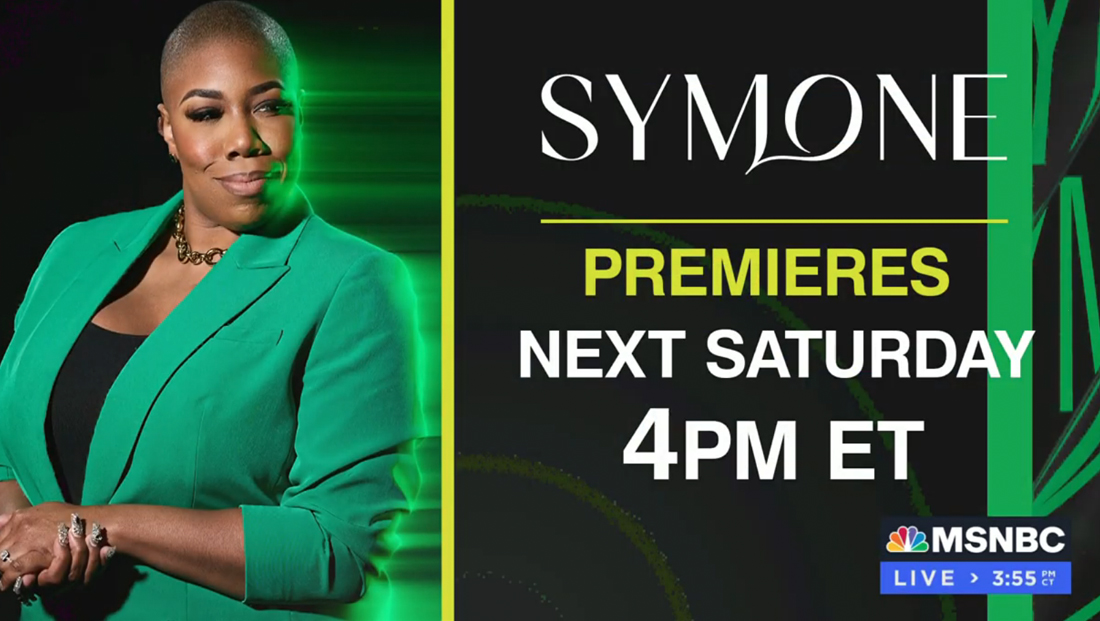 MSNBC is preparing to roll out some additional changes to its weekend schedule come May 7, 2022.

To make way for the show, “Alex Witt Reports” is losing an hour and will air from noon to 2 p.m., with “Yasmin Vossoughian Reports” moving up an hour from 2 to 4 p.m.

“Symone” will air Sundays as well and serve as the lead-in to Rev. Al Sharpton’s “PoliticsNation” which airs at 5 p.m.

The launch is the latest in what appears to be an effort to bring a series of voices from diverse backgrounds to the network for weekend shows, the latest of which is “The Katie Phang Show.”

Ahead of the launch, MSNBC showcased what is likely a preview of the show’s graphics — a yellow, green and black look with the show name in a distinctive logotype that has a custom modified “M” and “O” that are merged to form the suggestion of a speech bubble or, perhaps, a heart.

The typeface used in the logo conjures connections to beauty products, with a hint of sophistication and elegance.

That said, the bright color palette that appears to incorporate hand-drawn strokes in both heavy angles and circular elements contrasts significantly with that look.

There is also a neon green light burst effect applied to the right side of Sanders’ photo (where she is wearing a green jacket), somewhat reminiscent of “The Matrix” or similar films from the science fiction genre.