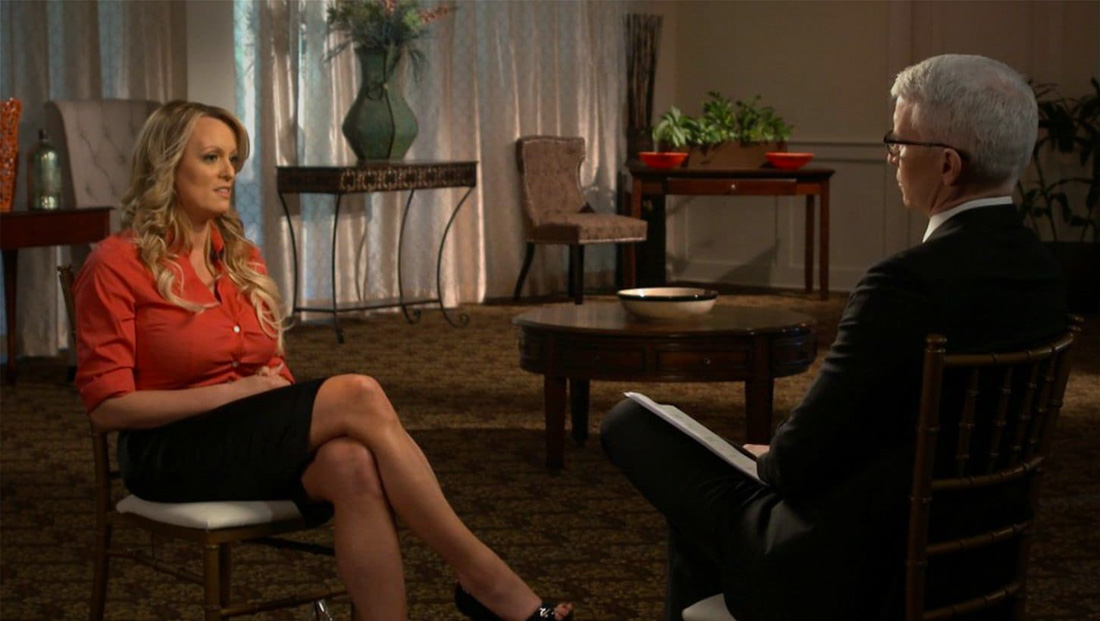 Anderson Cooper may go down in history as the first television anchor to interview a woman about what it was like to give a future president of the United States a spanking. But that wasn’t the most important, or most interesting, part of his interview with Stephanie Clifford, the adult film actress who uses the professional name Stormy Daniels and who claims to have had an affair with Donald Trump.