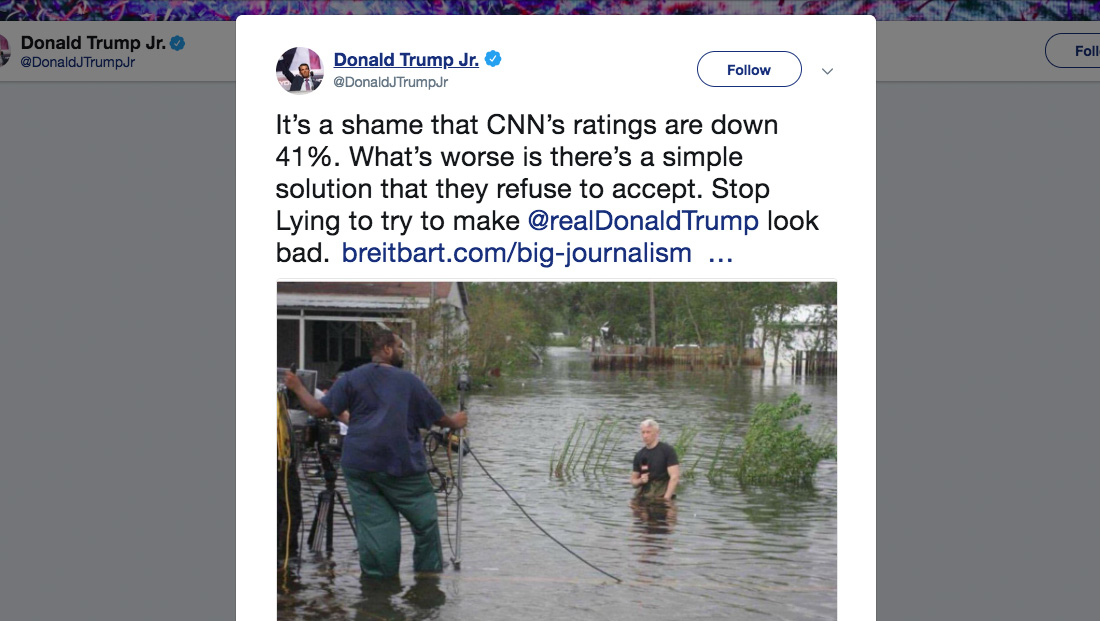 A photo of CNN anchor Anderson Cooper standing in waist high water has gone viral, with conservatives citing it as a evidence of the media exaggerating the flooding brought by Hurricane Florence — but what’s the truth?

It’s a shame that CNN’s ratings are down 41%. What’s worse is there’s a simple solution that they refuse to accept. Stop Lying to try to make @realDonaldTrump look bad. https://t.co/O3XyWchsJh pic.twitter.com/BCUCxKnOvO

Absolutely disgraceful! Apparently #HurricaneFlorence wasn’t devastating enough for @CNN’s @andersoncooper — so he had to exaggerate for his live shot. #FakeNews at its finest! pic.twitter.com/9pUJ6Ulgqf