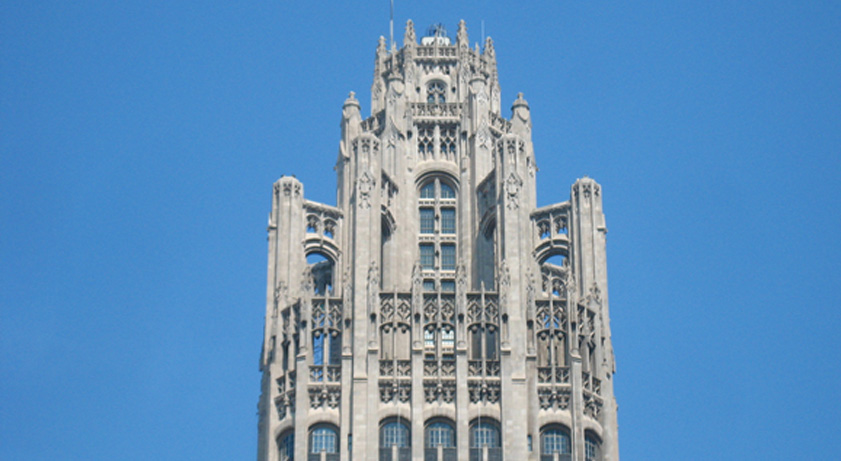 A sales and preview center for the condos that will take over the fabled Tribune Tower in Chicago opened Friday, Aug. 16, 2019, and showcased how the renovated building might look.

The gothic building, which was completed in 1925, was the longtime home to the Chicago Tribune.

The Tribune Company sold the building in 2016 and the newspaper moved out last year.

The purchasers of the historic building are planning to redevelop it and the surrounding area into a mixed use complex that includes condos.

Gone, however, is the wood paneling from the space, though the renderings do show key details of the building’s gothic architecture intact.

It’s worth noting that, at this point, the imagery showcased is likely only conceptual at this point, as pricey condo projects like this typically let purchasers make changes to the look once a sales agreement is inked.

What isn’t immediately clear, however, is if McCormick’s office could be retained by the condo owner or if the office’s walls will be destroyed or relocated.

The conceptual renderings displayed at the sales center also show an indoor swimming pool behind the “Chicago Tribune” sign, outdoor areas tucked under the flying buttresses near the top of the tower as well as light and airy living spaces.