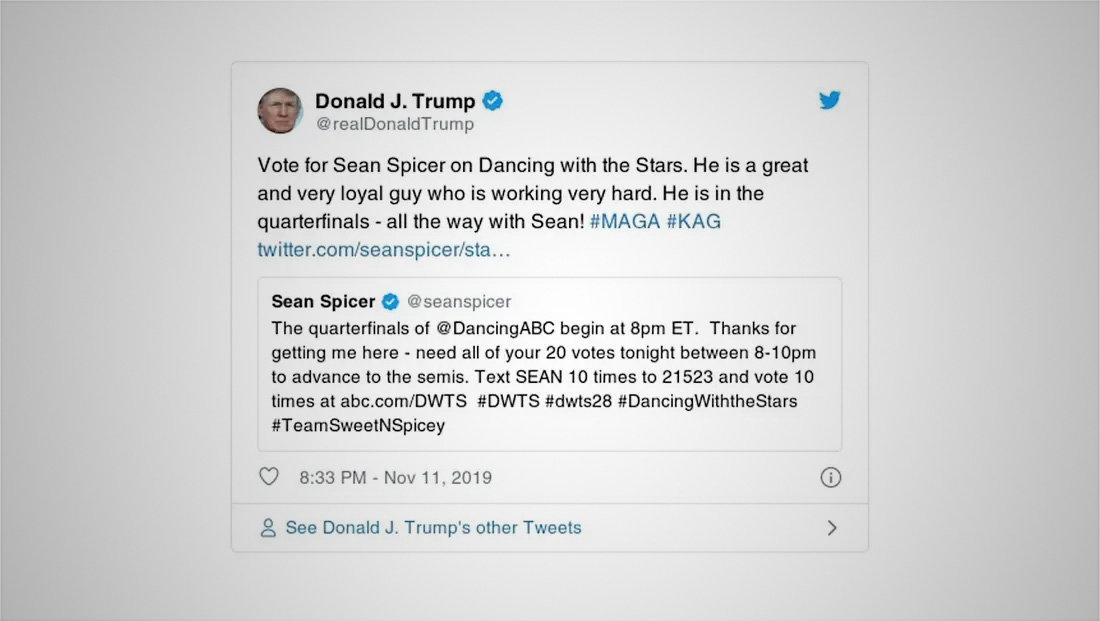 Donald Trump tweeted and, once it became clear his former press secretary Sean Spicer wasn’t going to make it past Monday’s “Dancing with the Stars,” deleted a tweet encouraging his followers to vote for Spicer.