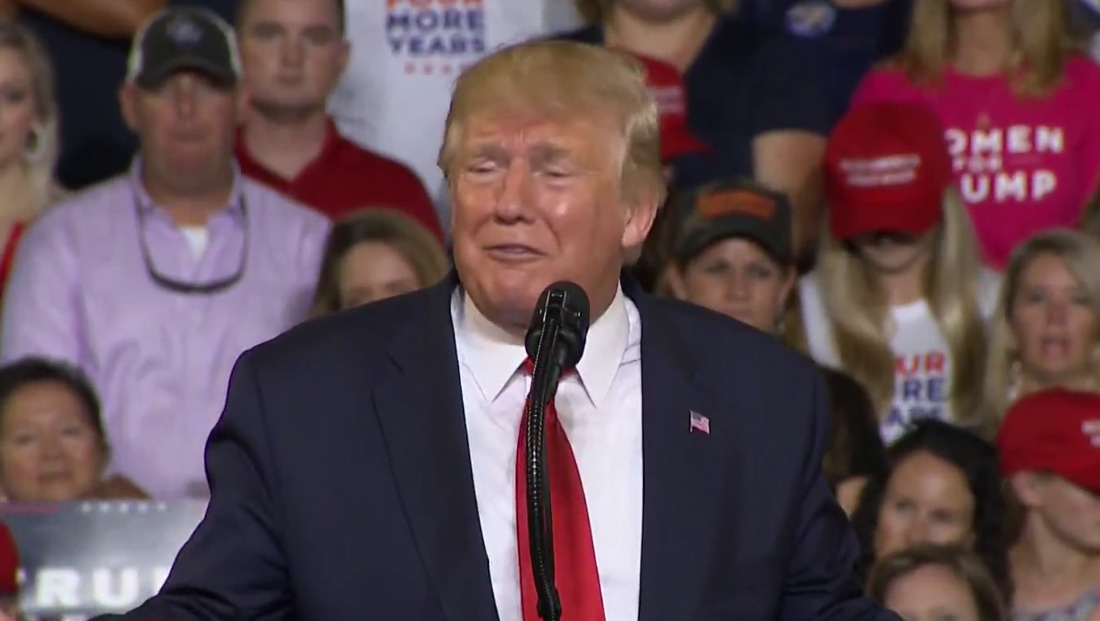 Donald Trump has quit as a member of SAG-AFTRA — and he used his oddly written resignation letter to childishly attack two cable news networks that were often seen as his nemesis.

In the letter, released by SAG-AFTRA, Trump wrote “Who cares!” in response to an upcoming vote to revoke his membership from the union following the Capitol insurrection.

That vote has since been canceled given Trump’s resignation.

In the first part of his letter, which read a bit like his often exclamation mark filled Twitter tirades, he touted his cameos in the films “Home Alone 2,” “Zoolander” and “Wall Street Money Never Sleeps.”

It has been reported that Trump would often only permit filmmakers to use his buildings as locations if he could appear in it.

“I’ve also greatly helped the cable news television business (said to be a dying platform with not much time left until I got involved in politics), he wrote.

He went on to write he has helped “created thousands of jobs at networks such as MSDNC and Fake News CNN, among many others.”

The use of “MSDNC” instead of its real name, MSNBC, is a widely used acronym for those who deride the network’s left leaning programming, while “Fake News CNN” was a term coined by Trump himself to refer his “archenemy” of news outlets.

He also cited his work on TV shows such as “The Fresh Prince of Bel-Air” and “Saturday Night Live” as well as “one of the most successful shows in television history, ‘The Apprentice.'”

That Mark Burnett produced show started airing on NBC in 2014 and would eventually rack up 15 seasons of its original and celebrity formats.

Trump went on to write “Your organization has done little for its members, and nothing for me – besides collecting dues and promoting dangerous un-American policies and ideas.”

He provided also accused the union of causing “massive unemployment rates and lawsuits from celebrated actors” and noted that some members created a video asking “Why isn’t the union fighting for me?”

Trump was presumably referring to the massive hit the entertainment industry has taken due to the pandemic.

“As such, this letter is to inform you of my immediate resignation from SAG-AFTRA. You have done nothing for me,” Trump concluded before signing his famously think signature.

The Feb. 4, 2021, letter was send on letterhead with a seal reading “The Office of Donald J. Trump.”