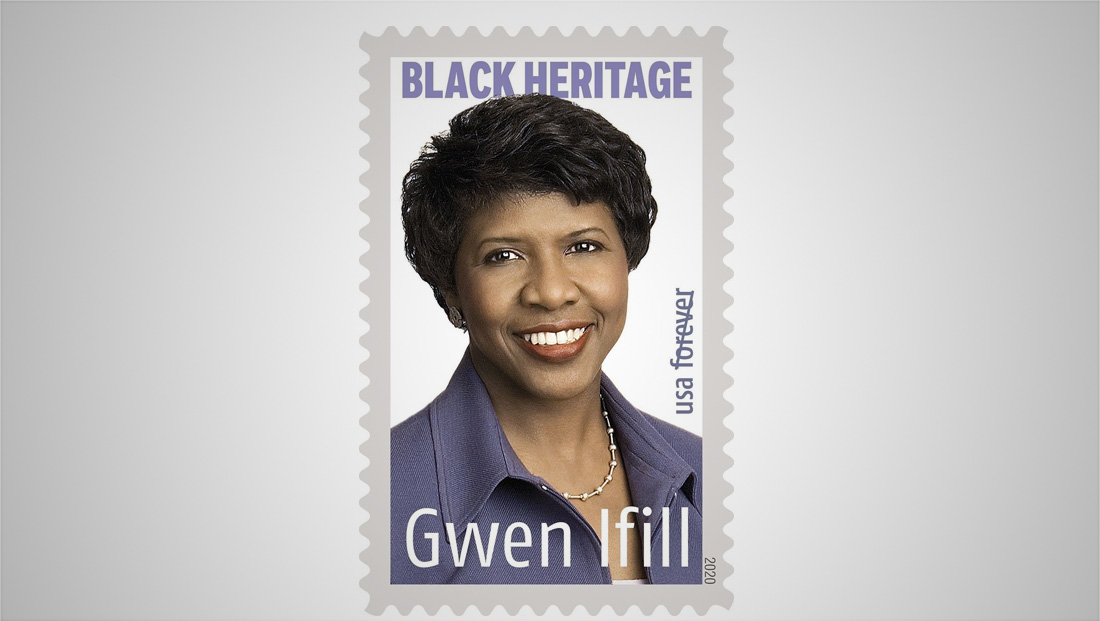 The stamp features a 2008 by photographer Robert Severi.

Ifill, who was a correspondent for NBC and also worked for PBS starting in 1999.

In 2013, she was named co-anchor and co-managing editor of “PBS NewsHour” alongside Judy Woodruff.

She and Woodruff were the first all female anchor team on a nationally televised newscast.