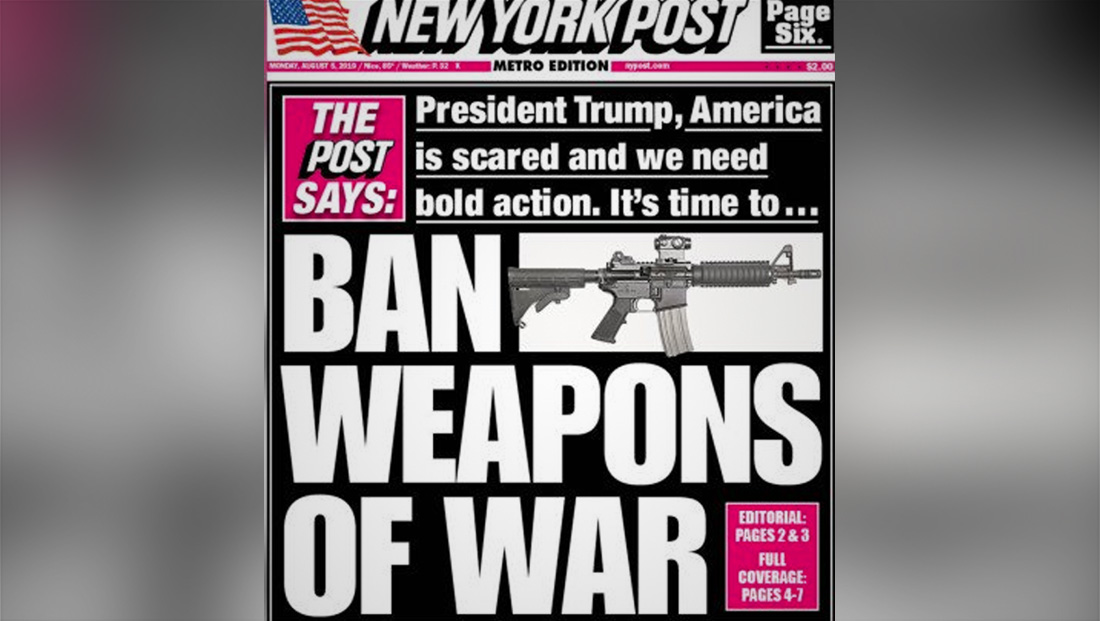 The covered directly references Trump and an accompanying editorial calls for him to ban assault weapons.

The Post is owned by Rupert Murdoch’s News Corp., which makes it a corporate cousin to a certain conservative Fox cable channel.