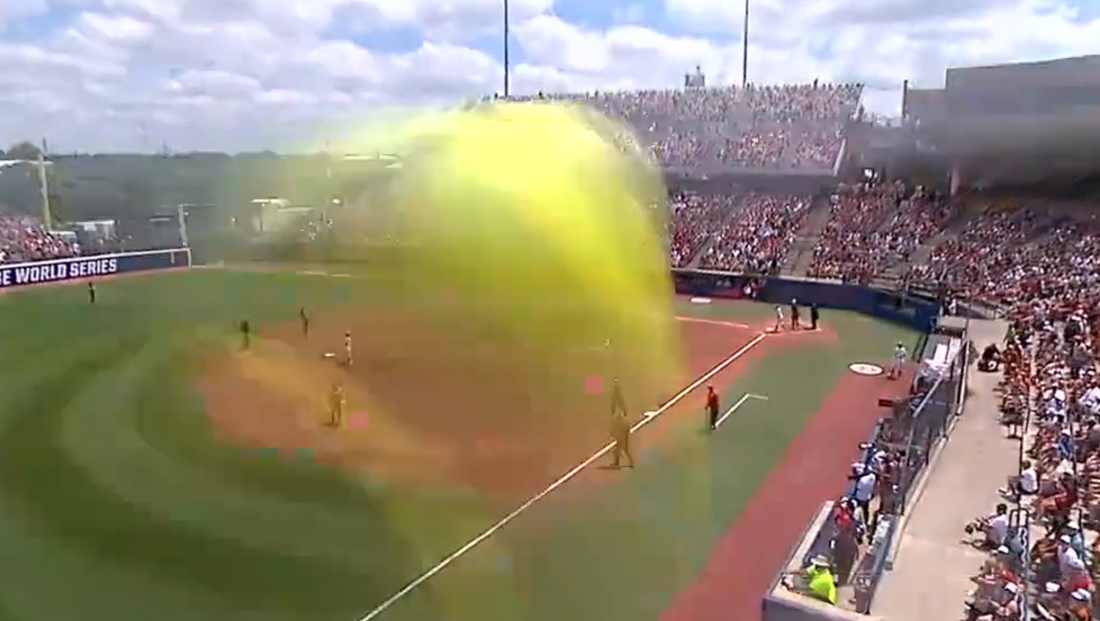 During coverage of the NCAA Women’s College World Series June 4, 2022, a softball flew through the air and appeared to directly hit one of the cameras being used to broadcast the game.

During the game, which was airing on ABC and being produced in partnership with sister network ESPN, the commentators cut to an instant replay of a shot from one of the multiple cameras positioned around the arena in Oklahoma City.

That clip showed the ball being hit and flying through the air. The camera’s view adjusted slightly, seemingly to be able to capture all of the action, but instead captured the ball hurling directly toward it and making impact with at least some part of the camera unit or its housing, causing the picture to noticeably vibrate.

Our ESPN camera operators are the best in the business… and they never flinch.