CNN+ is shutting down 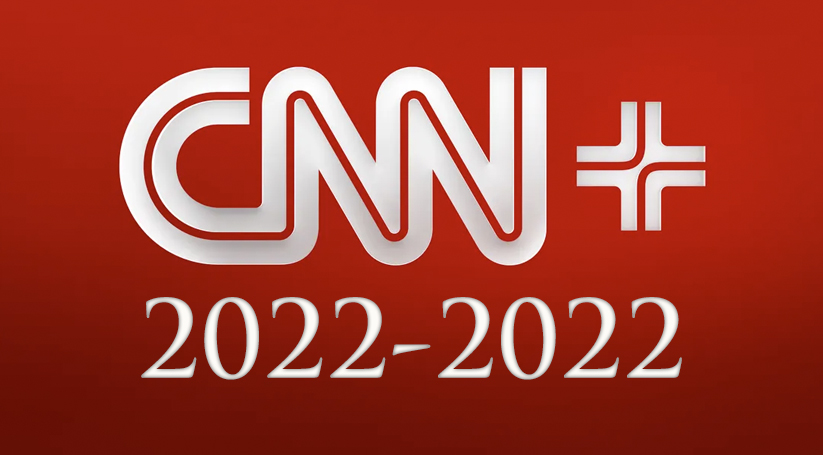 The shutdown date was first reported by The New York Times and later confirmed by CNN.

The news was confirmed by incoming CNN president Chris Licht, who made the announcement at a companywide meeting April 21, 2022. Variety was the first to report news of the impending announcement.

Previous owner WarnerMedia had reportedly spent upwards of $300 million to launch the service. A business model reportedly called for it to spend $1 billion and have it break even within four years, but that would have required 2 million signups by the end of its first year and 15 to 18 million by year four.

While CNN never released subscription or viewership figures, despite the fact it almost certainly knew exactly how many people were signed up and what and how long they were watching, a CNBC report said that only about 10,000 people were watching per day on average.

Two other reports indicated the service signed up 100,000 users in the first week and grew to 150,000 recently.

Between the time those two reports were issued, the service became available on Roku, the largest smart TV platform, but apparently, that didn’t help much.

Going forward, Licht noted that CNN will become a key part of Warner Bros. Discovery’s broader streaming and digital strategy. Details were not immediately available, but some shows could find new homes on HBO Max or Discovery+ or be released on other digital platforms.

CNN says it will issue pro-rated refunds to subscribers to have signed up already.

The network had been offering what it called the “deal of a lifetime” that promised subscribers 50% off the list price of the service for life, though it turns out most of those subscribers will outlive CNN+.

Many media watchers predicted CNN+ was DOA even before it launched — since it required a monthly subscription fee and offered a comparatively limited slate of content compared to most streamers. Others argued the service was trying to offer a service that didn’t really have an audience — a sort of “cart before the horse” scenario.

CNN+ offered a handful of live daily and weekly shows plus breaking news coverage as warranted as well as access to new and past episodes of documentary-style programming.

The fact that WarnerMedia was just spun-off from AT&T and merged with Discovery also likely didn’t help matters.

The new company, Warner Bros. Discovery, now has two streamers to its name now thanks to the deal — HBO Max and Discovery+ — and had already indicated plans to combine them but notably did not mention CNN+ being included in that offering.

Other reports indicated that many within CNN and Discovery wondered why the launch wasn’t pushed back until after the merger closed — and why the launch went forward without CNN signing deals with any major distribution partners when it launched (Roku was the first major one). This inherently limited the number of devices that the service could be watched on, plus limited its potential exposure to new audiences.

WBD, in fact, reportedly wanted the launch to get pushed so it could integrate the planned content better with its overall streaming strategy, but couldn’t legally communicate with the WarnerMedia team prior to the deal closing, according to CNN’s own reporting.

Earlier this week, Axios reported that WBD had decided to stop spending money on external advertising for the service — something that was originally slated to have a budget of millions of dollars.

This news is now the second big sign that streaming may have lost some of its spark — given the recent downfall of streaming giant Netflix’s stock, with the company announcing its first net subscription loss in years while still having to spend billions on developing and licensing content.

While CNN+ did leverage some of the network’s existing talent and staff, it also made high profile (and likely pricey) hires for talent who would mostly appear on the streaming service.

It’s not immediately clear what this means for anchors and editorial staffers hired for CNN+, though it seems likely that some will lose their jobs, especially given that one of the key selling points of the WarnerMedia-Discovery merger was cost savings even without CNN+ in the mix (in fact, the companies promised investors $3 billion in savings).

The network reportedly had hired around 700 people to work on the streamer and most of those jobs could be on the line (some reports indicate the number was 450, but CNN appears to be using the 700 figure).

CNN will lay off roughly half of those employees soon but his committed to paying them for at least 90 days and will also attempt to help them find other jobs within WBD.

“It is not your fault that you had the rug pulled out from underneath you,” Licht said, with the comment aimed at affected staffers.

Those who don’t find a new role within the company will be given at least six months severance, according to the network.

There are roughly 100 openings within CNN that will reportedly become available the week of April 25 when a pre-merger hiring freeze will be lifted.

CNN+ made high profile hires, luring Kasie Hunt from NBC and Chris Wallace from Fox, with deals that were likely worth millions.

On air talent are more likely to be covered under contracts that ensure they get all or most of their pay even if they don’t work past CNN+’s shutdown date, but the network is also looking to reassign some of those anchors if their contracts allow it or through re-negotiations.

Meanwhile, an agent for a CNN+ host said that his clients’ future is “TBD” but that it appears the network is interested in find new roles for the anchors it has hired on either CNN or other digital properties, according to CNN reporting.

CNN+’s epic crash and burn was so fast that it appears at least two shows won’t even release their first episodes, assuming the network sticks to its original release schedule: “20 Questions with Audie Cornish” and “Cari & Jemele: Speak.Easy.” featuring Jemele Hill and Cari Champion. Both shows were slated for May 2022 debuts.

The streamer appears to be the shortest-lived service of its type. Even the short form service provider Quibi lasted about five months longer than CNN+ will.

CNN+ was reportedly a pet project of former-CNN president Jeff Zucker, who resigned from the company earlier in 2022 after it was revealed he had a consensual relationship with a subordinate without disclosing it as required by company policy.

Licht reportedly blamed some of the shutdown on Zucker and Jason Kilar, the former WarnerMedia CEO.

Andrew Morse, the exec in charge of CNN+, who has been touting how pleased he and CNN are with the launch, will exit the company.

Licht had reportedly asked Morse to stay on.

Alex MacCallum, head of product and general manager of CNN+, is remaining with the company and will focus on running CNN Digital.