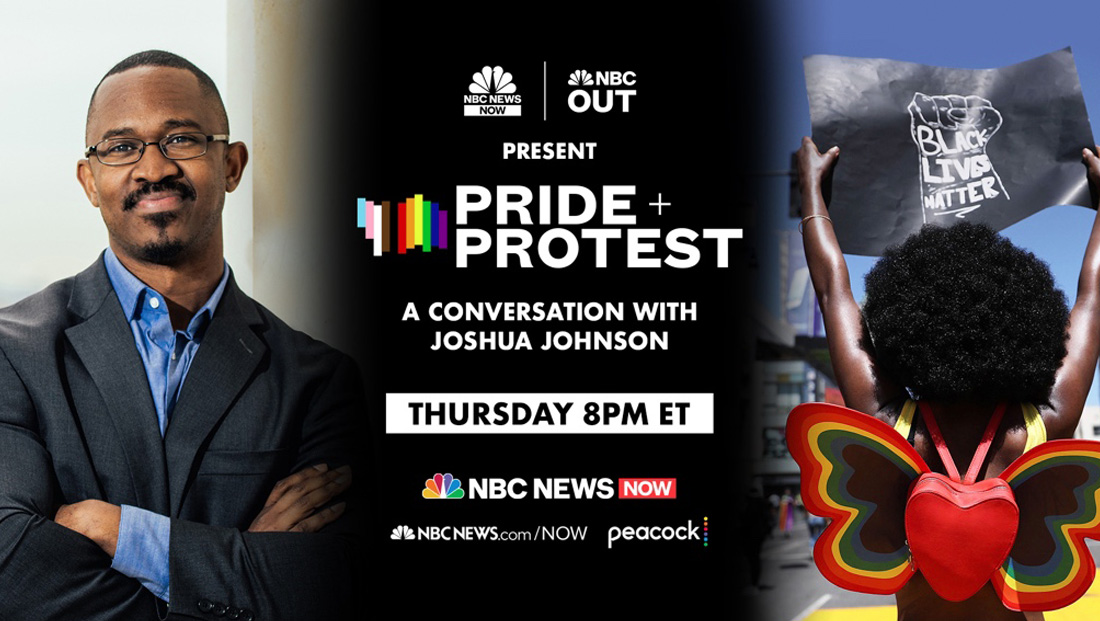 During LGBTQ pride month and with the backdrop of the nationwide protests following the deaths of George Floyd, Breonna Taylor, Ahmaud Arbery and now Rayshard Brooks, NBC News Now and NBC Out present “Pride and Protest,” a virtual discussion hosted by MSNBC’s Joshua Johnson and streaming on NBC News Now on Thursday, June 18, at 8 p.m. eastern.

Johnson will moderate the discussions on being black and queer in America in 2020.