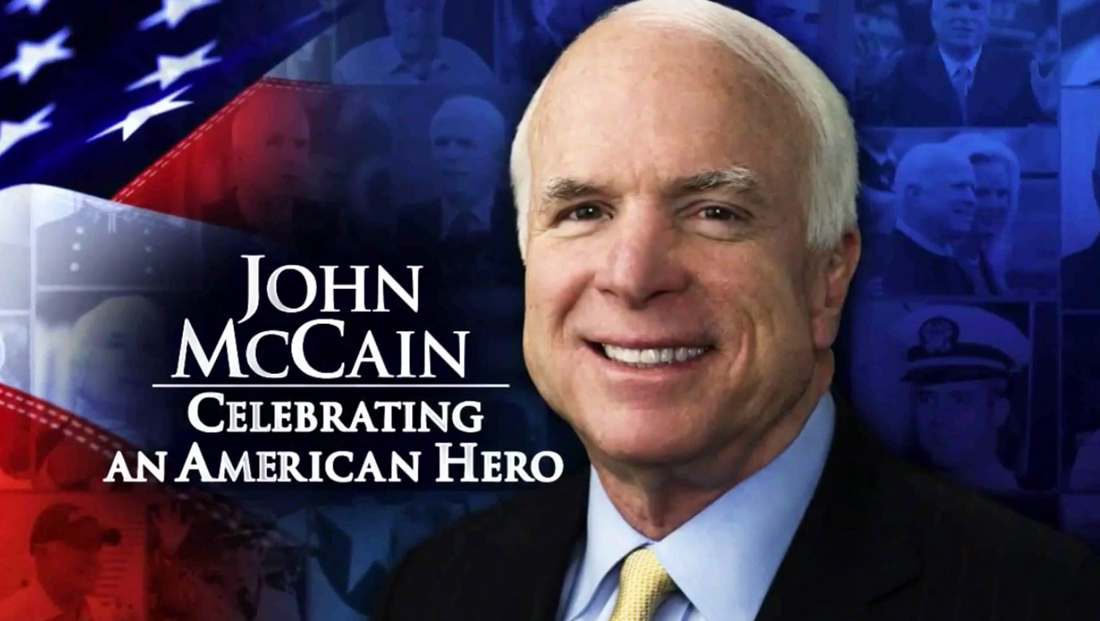 ABC broke in with a variation of its normal special report look with a special announce and imagery of McCain as well as its “John McCain: Celebrating an American Hero” branding.