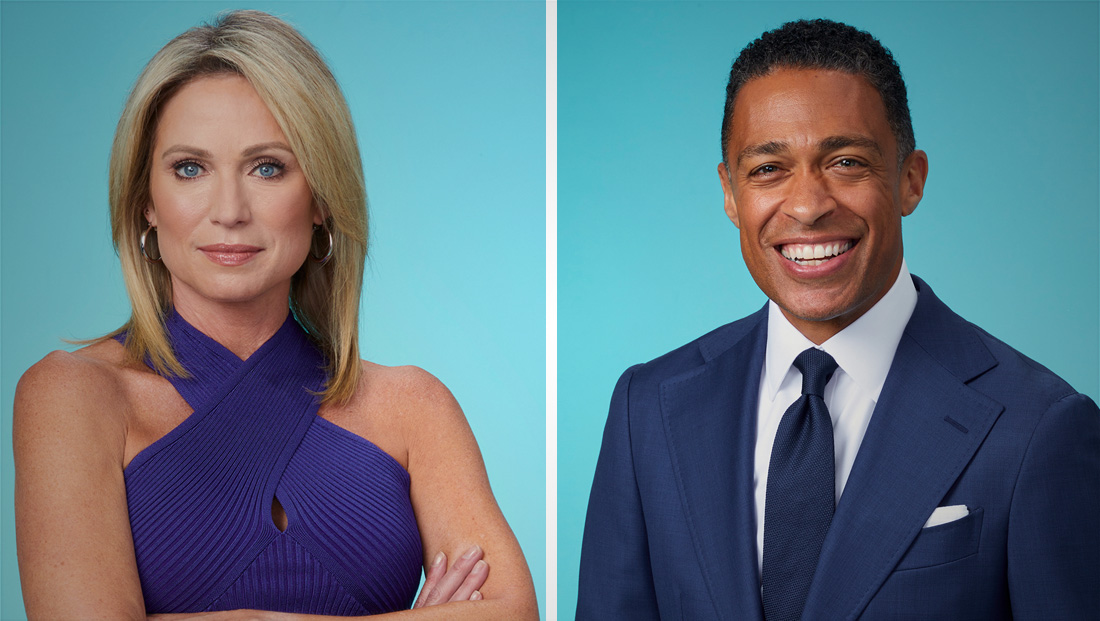 After it was revealed that ABC News “GMA 3: What You Need to Know” co-anchors Amy Robach and T.J. Holmes have been involved in a romantic relationship, the network has decided to take them off the anchor desk until it can evaluate the situation.

Sources say that ABC News executives have acknowledged that Robach and Holmes did not violate any company policies, but that news of the alleged relationship has become a distraction both inside the news division and with viewers.

Like many companies, ABC parent Disney has policies in place that require co-workers to disclose romantic relationships in cases where one of them is in a position to determine promotions and pay or supervises the other. The company says it reserves the right to reassign employees in order to eliminate any potential conflicts of interest.

It’s not clear if Robach and Holmes disclosed their relationship — or even if they would have had to under company policy. Since they are both anchors of the same show, the company may consider them to be at the same level and, therefore, exempt from disclosure.

ABC has Gio Benitez and Stephanie Ramos in line to co-anchor Dec. 5, 2022’s show, but no talent decisions have been made beyond that date.

Despite all the attention the purported relationship garnered, ABC may be hesitant to shake-up its anchor team as a result of the revelation.

“GMA 3” replaced a midday talk-style show featuring Sara Haines and Michael Strahan after the network canceled “The Chew” in 2018.

Originally it was titled “Pandemic: What You Need to Know” and launched in 2020 as a way to provide viewers with an additional hour of news about the COVID-19 pandemic.

The show has performed well and generates significant ad revenue for the network.

Earlier in 2022, the NBC launched an hour-long news broadcast called “NBC News Daily” that airs opposite “GMA 3” in many markets. The show displaced longtime soap “Days of Our Lives,” which was moved to streamer Peacock in what many see as the show moving one step closer to cancellation.

While soap operas are comparatively less expensive to produce than primetime dramas and sitcoms, news broadcasts typically are even less pricey. Even with lower ratings, newscasts can often generate more revenue and profit for networks and TV stations.