After audio issues at top of second hour on first night, NBC gets ‘faked out’ on second 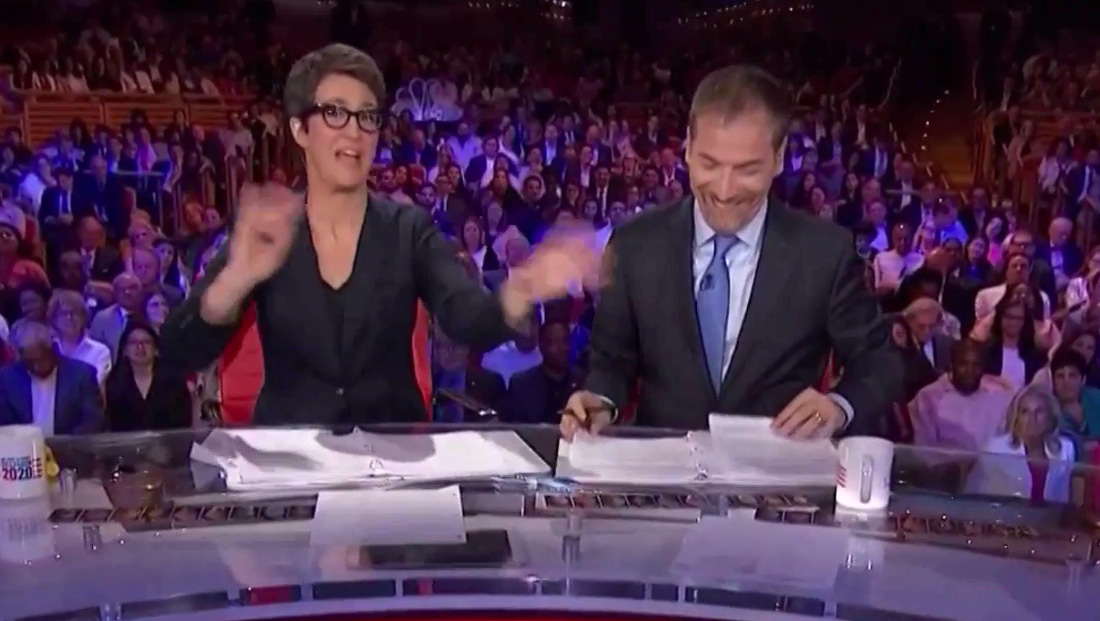 After technical problems at the top of the second hour of the first night of the first democratic debate, moderators Rachel Maddow and Chuck Todd “faked out” the audience.