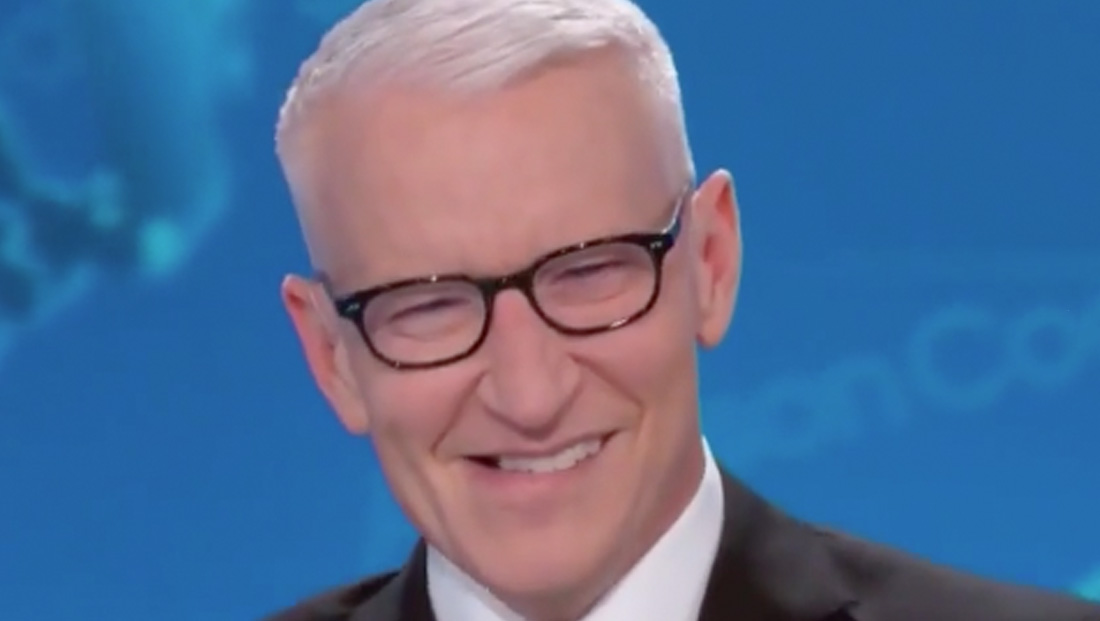 CNN anchor Anderson Cooper joked that he felt like Alice the maid from “The Brady Bunch” during Aug. 18, 2020 coverage of the Democratic National Convention.

Cooper was wrapping up a segment and appeared on screen in a “five box” layout — featuring the feeds on himself and four correspondents and analysts.

His box was in the center and over double the size of the other boxes.

“Just an old school reference,” he added, likely for the benefit of viewers who may not be familiar with the “Brady Bunch” sitcom.

It’s worth noting that the “Brady Bunch” boxes were actually nine boxes — one for each member of the family plus the maid. Alice would typically disappear from the center box when the show’s logo popped on screen.

TV news shows have long used “box” layouts — most commonly a “two box” with an anchor or anchors appearing in one and a guest or reporter in another — for decades.

However, during the coronavirus pandemic, boxes have become more prominent with stations and networks keeping anchors and reporters distanced from each other or even originating from their homes.