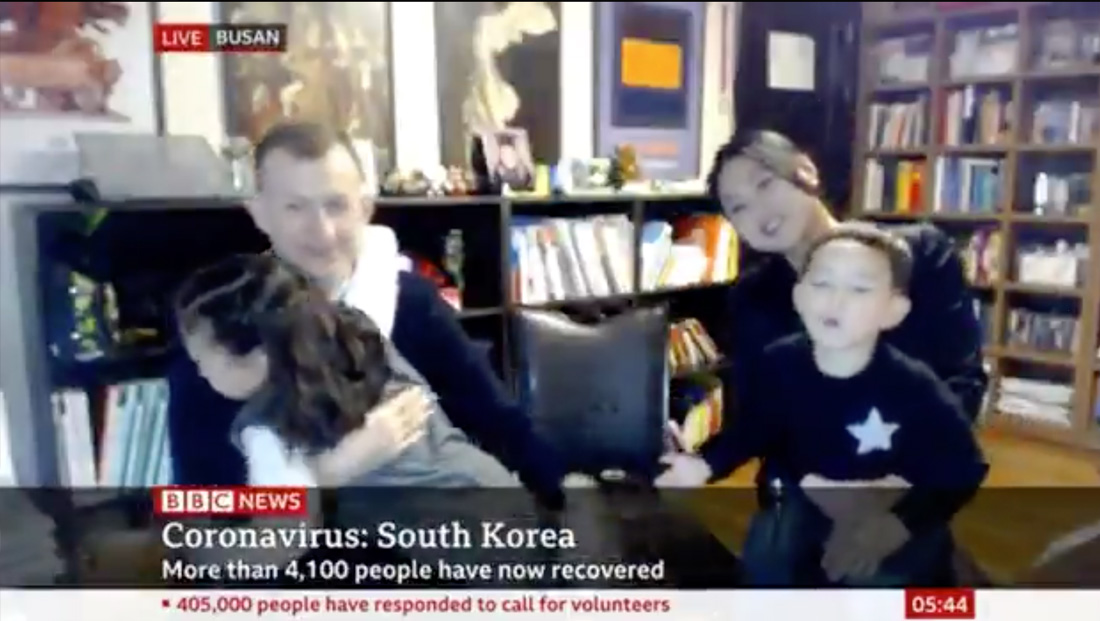 The man known as “BBC Dad,” who rose to fame after his kids interrupted a live TV interview he was doing from home, has returned.

Robert Kelly, a political scientist, and his wife, Kim Jung-A appeared (by design) with their children Marion and James from their South Korea home to discuss social distancing in the country.

Kelly’s family made their first BBC appearance back in 2017 — back when at home TV interviews via video calling was considered something of a novelty.

During his 2017 live interview with BBC, Kelly’s children interrupted the call, with his wife making a surprise appearance trying to get the kids out of the room.

For what many believe was the better, the kids’ antics and the attempts to salvage the interview ended up capturing the hearts of the world.