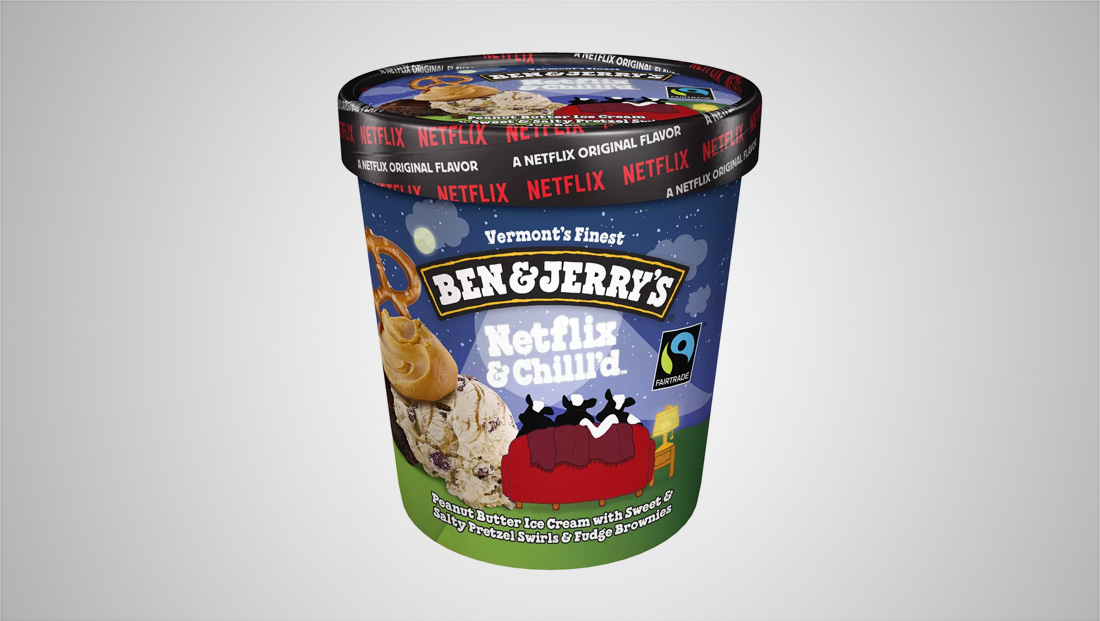 Netflix and Ben & Jerry’s have teamed up to create an ice cream flavor.