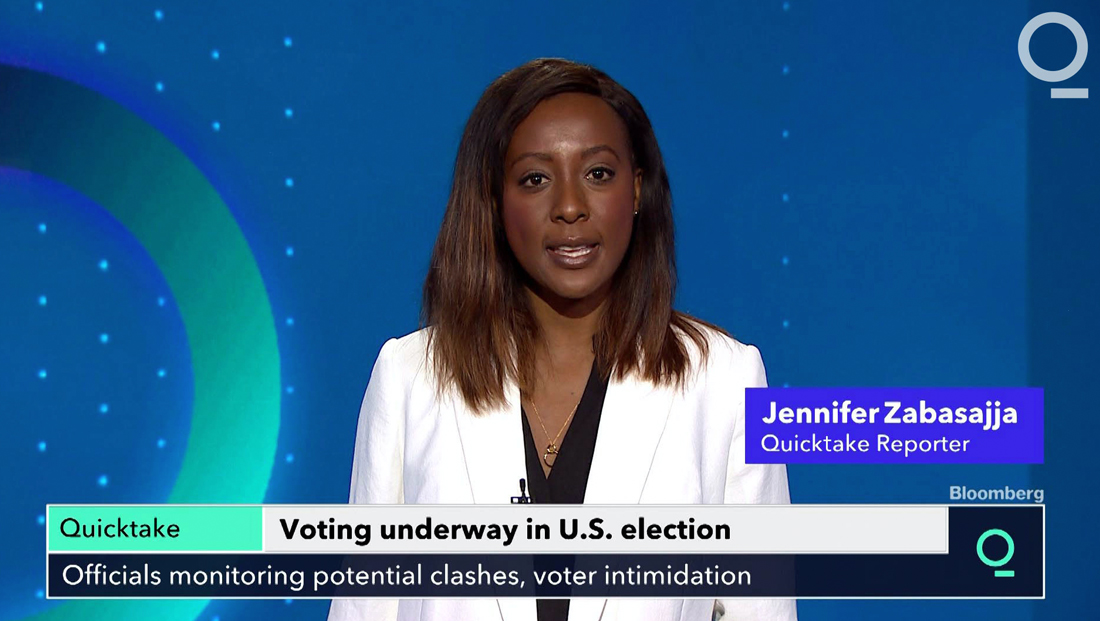 Bloomberg has rebranded its streaming offering TicToc and will expanding its programming offerings starting Nov. 9, 2020.

Bloomberg Quicktake will report on global stories through the lens of business, backed by Bloomberg’s newsroom of 2,700 journalists in 120 countries.

“Quicktake’s arrival on streaming disrupts the traditional broadcast TV news model — from the types of stories it covers to the modern look and feel of the network, and the distribution centered around social and streaming,” said Justin B. Smith, CEO of Bloomberg Media, in a statement. “Our vision for Bloomberg Quicktake has always been to create a network of record for this era. Now expanding beyond its roots in social, it will be the network to watch for the business-minded consumer who seeks a deeper understanding of the global stories that impact their lives.”

“Geo,” which airs at 8 p.m. to kick off primetime, is a spin on the traditional nightly news program — instead of recapping top stories of the day, the show dissects one big story with a global perspective.

The live shows will be led by Quicktake correspondents Tim Stenovec, Madison Mills, Kurumi Mori, Jennifer Zabasajja, and Jason Kelly, as well as Bloomberg journalists from around the world.

A documentary-style slate of original series will air at 9 p.m., with 20-30 minute episodes followed by a post show featuring extended interviews and a reporter’s notebook-style pre-taped interview with behind-the-scenes details.

Meanwhile, Bloomberg denies it changed the name of TicToc due to the famous (or infamous) and equally misspelled app TikTok.