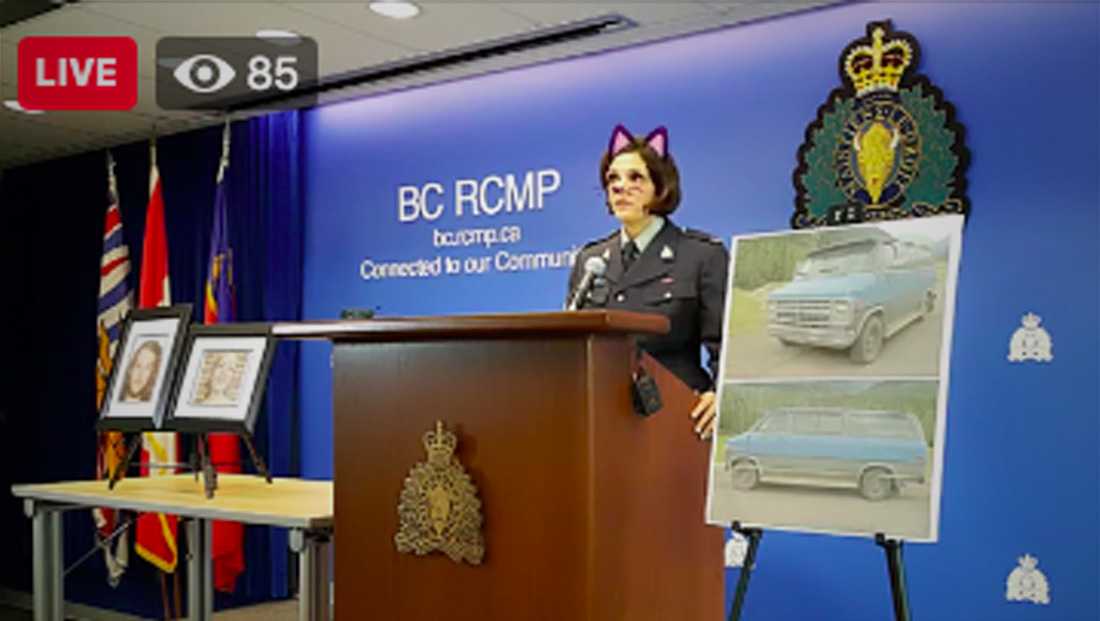 A Canadian press conference about a double homicide was streamed live on Facebook with a “cat filter” that added animated cat features to the officer leading the presser.

The press conference was held by Canada’s national police force about an ongoing homicide investigation.

The event was live streamed over Facebook and it appeared that the platform’s cat filter was inadvertently activated.

The result was that Janelle Shoihet, who was leading the conference, appeared to have cat “ears” and “face” while standing behind a lectern announcing information about the investigation.

The police force later confirmed that the use of the filter was not intentional.

A Pakistani official had a similar issue with his own press conference in June.