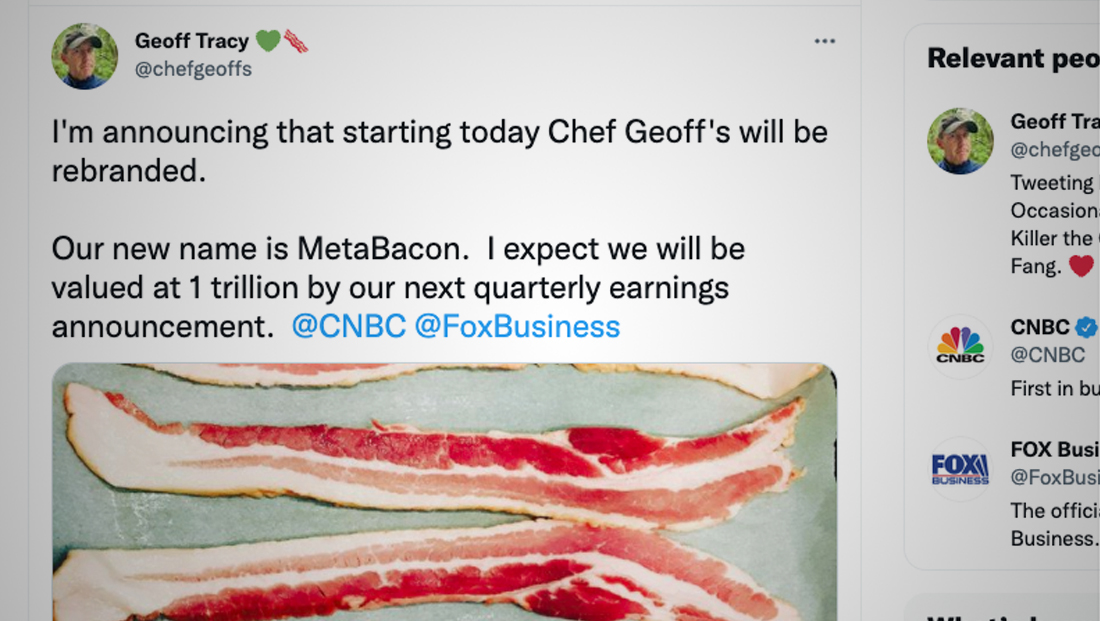 Geoff Tracy, the chef and restauranteur husband of “CBS Evening News” anchor Norah O’Donnell, joined the Twitter fray of companies “renaming” themselves around the word “Meta.”

The practice went viral Oct. 28, 2021, after Facebook Inc. announced it would change its name to Meta.

In his tweet, which O’Donnell “liked,” Tracy said that “Chef Geoff’s will be rebranded.”

“Our new name is MetaBacon. I expect we will be valued at 1 trillion by our next quarterly earnings announcement,” the tweet continued. It included a photo of bacon on a sheet pan.

Tracy tagged both Fox Business and CNBC in the tweet.