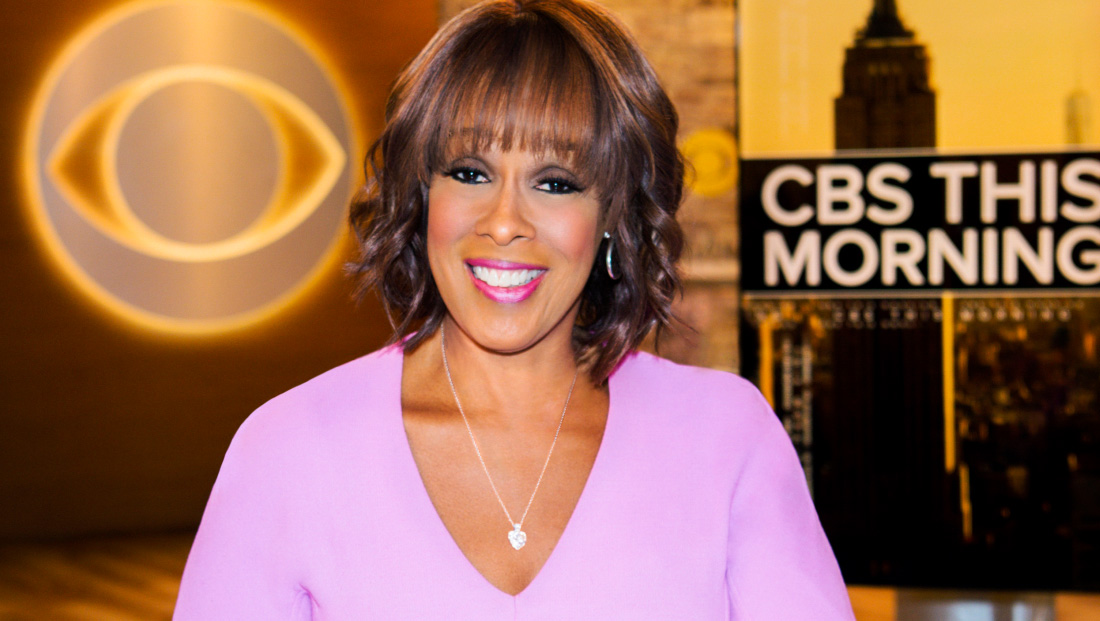 King was on the air Monday, June 6, 2022, and it appears a workplace-administered test came back positive after that day’s broadcast.

In an Instagram post, King filmed herself, in what appears to be an open part of 1515 Broadway, also known as One Astor Plaza, the headquarters of CBS parent Paramount Global that also houses the Times Square studio “Mornings” uses.

She indicated she had just gotten a positive result and would be re-tested to ensure it was not a false positive, but had been asked to leave the building until that result could be verified.

During the clip, co-anchor Nate Burleson can be seen walking by, but encouraged to keep walking. Some other staffers also were also in the area.

King was then asked to leave the building again.

She then ended the clip after indicating she is double vaccinated and boosted.

King was not on Tuesday, June 7, 2022’s show and later posts on her social media indicated that the positive result was confirmed.

CBS News was hit hard by a mini-outbreak of COVID-19 during the early days of what would become the coronavirus pandemic in 2020. The CBS Broadcast Center on West 57th Street, where King’s show, then known as “CBS This Morning,” was produced at the time was virtually closed down due to concerns over the spread of the virus.

“CBS This Morning” temporarily broadcasted from Washington, D.C. and later the Ed Sullivan Theater, home of “The Late Show” during deep cleaning and as part of a efforts to allow better social distancing among production staffers.