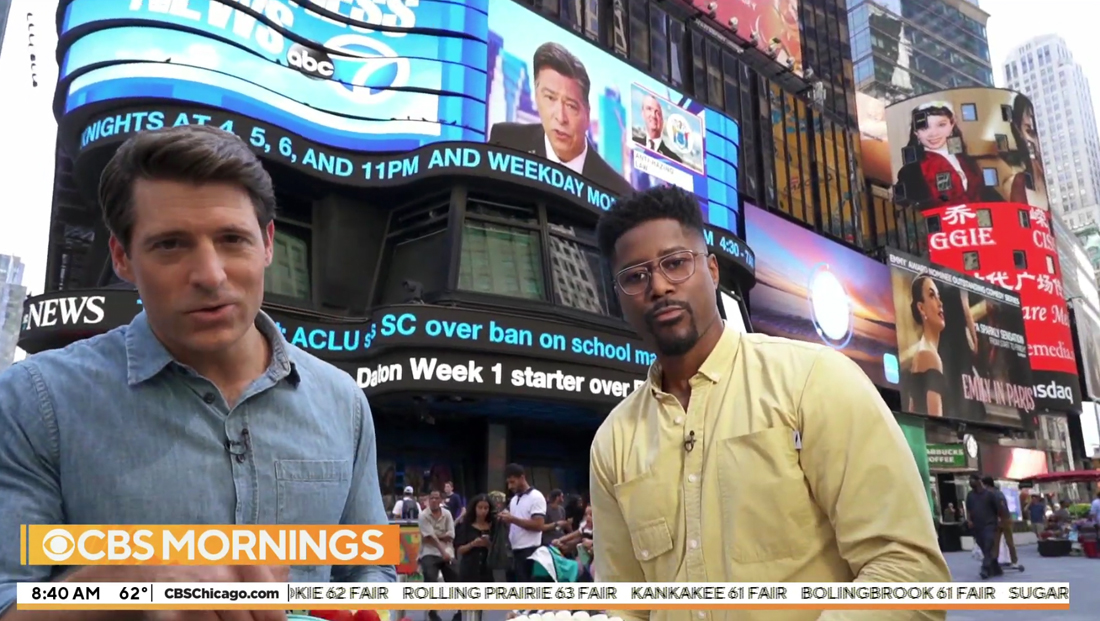 It’s no secret that CBS News‘ new Studio 1515 is just down the street from ABC’s “Good Morning America” — so the “CBS Mornings” team decided to swing by and say hello.

Co-anchors Nate Burleson and Tony Dokupil appeared in a taped package Sept. 8, 2021, with a cake reading “See you in the mornings” and the CBS logo along with what appears to be an Edible Arrangement fruit basket.

The pair was standing in front of the “GMA” studio, which has a series of stacked LED ribbons above its second level that the network uses to showcase promos and clips from its shows and other properties.

CBS’s latest attempt at a morning show moved into a new studio down the block at 1515 Broadway Tuesday, Sept. 7, 2021.

At the time Burleson and Dokoupil swung by, the video billboard was showcasing local station WABC’s Eyewitness News. 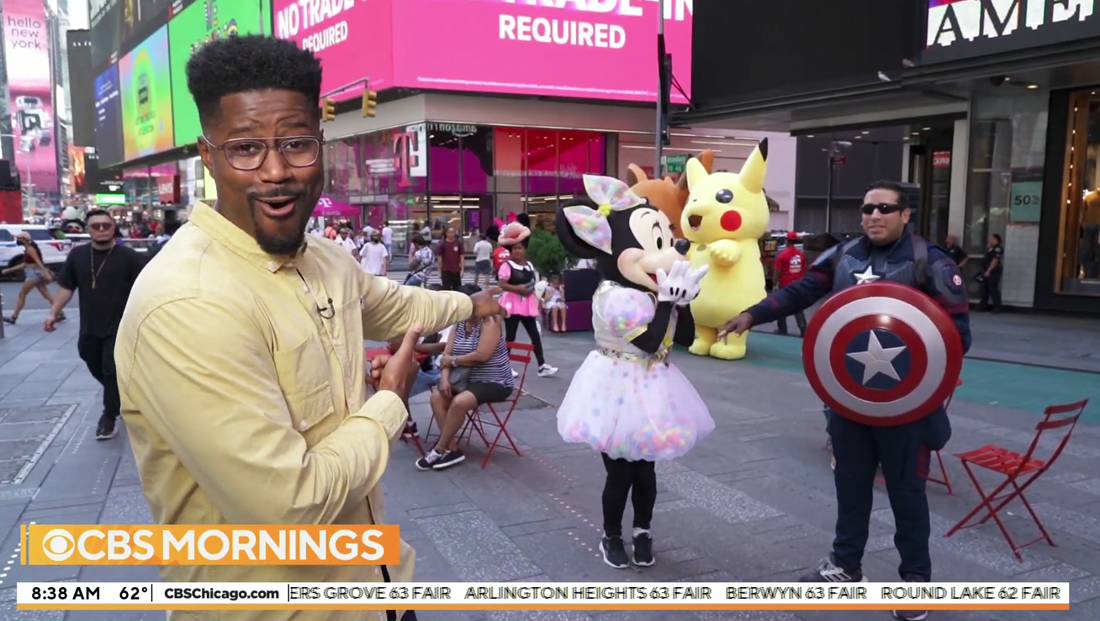 It’s actually pretty hard to escape ABC owner Disney in Times square (as well as other media outlets). In another part of the package, Burleson is shown pointing to actors dressed up as Minnie Mouse and Captain America, two Disney’s owned characters.

There’s also a Disney Store in Times Square and the Disney produced musical “The Lion King” occupies the space directly above the  “CBS Mornings” studio.

At one time NBC leased a large video screen in Times Square, with Fox eventually taking over the deal.

Of course, Times Square is stocked full of numerous giant LED billboards that advertisers can buy time on. It’s also nearby the Nasdaq MarketSite, which features a tall circular tower clad in LED, which is also available for advertising.