CBS News plans ‘Justice for All’ special with Gayle King 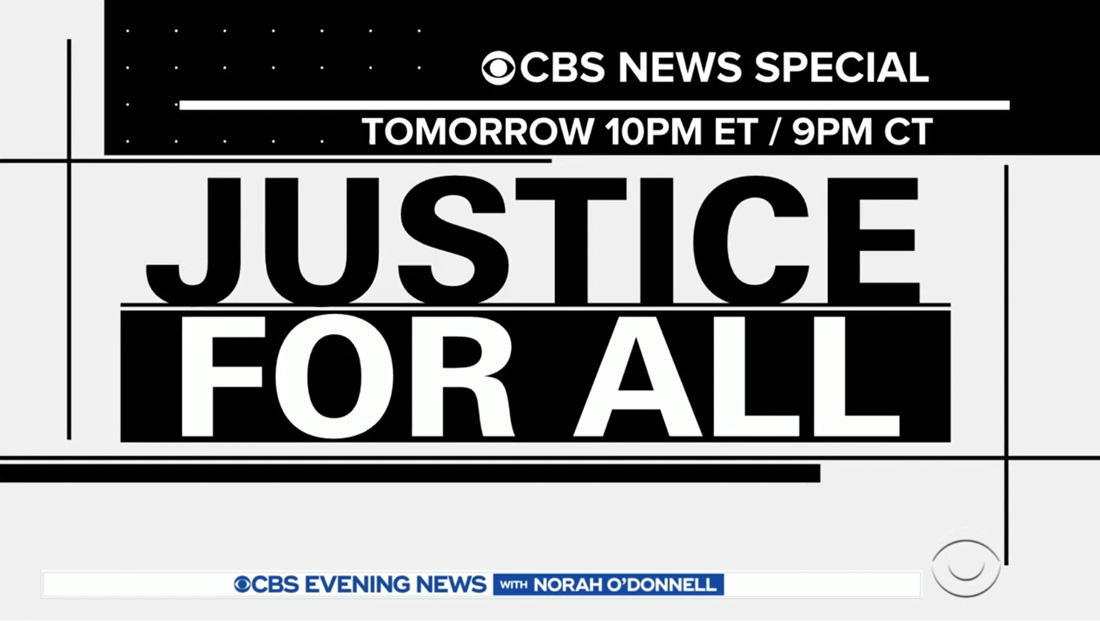 CBS News is planning a primetime special on racism and police brutality in the wake of the alleged murder of George Floyd.

The special airs Tuesday, June 9, 2020, at 10 p.m. eastern and will be anchored by “CBS This Morning” anchor Gayle King.

In addition, the special will include a longer version of “CBS Evening News” anchor Norah O’Donnell’s interview with Vice President Joe Biden about his views on race in America and the experience of talking with Floyd’s family.

The network has taken the concept of black vs. white literally — with a blocky white and black look created for the special.

“Justice for All” was also the name NBC News used for a series of reports that ran throughout 2019 and took a look at crime and the black community — including having “NBC Nightly News” anchor Lester Holt spending time inside of a maximum security prison.