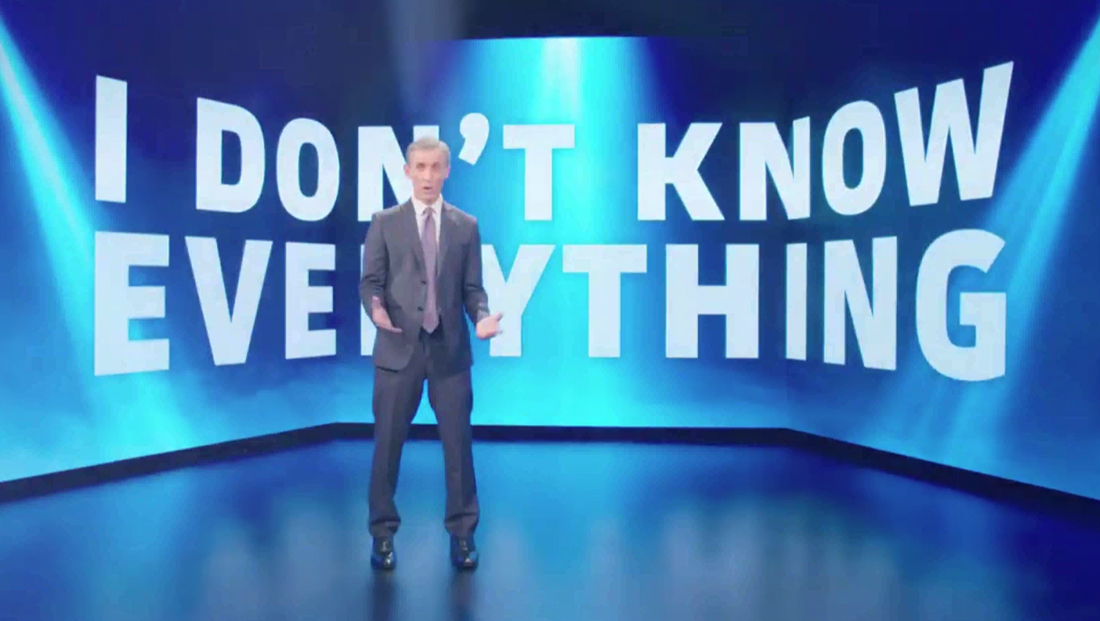 In the promo, Abrams is pictures in front of a simulated video wall with large text emphasizing points in his narration, that suggests he “doesn’t know everything” but will always tell the truth.

The network previously released a teaser-trailer style promo that used stock photography of Abrams along with an angular, bracketed logotype, which has been updated to be less angled, at least in the promo, and adds the word “Live” in a bright red box with italic typography.