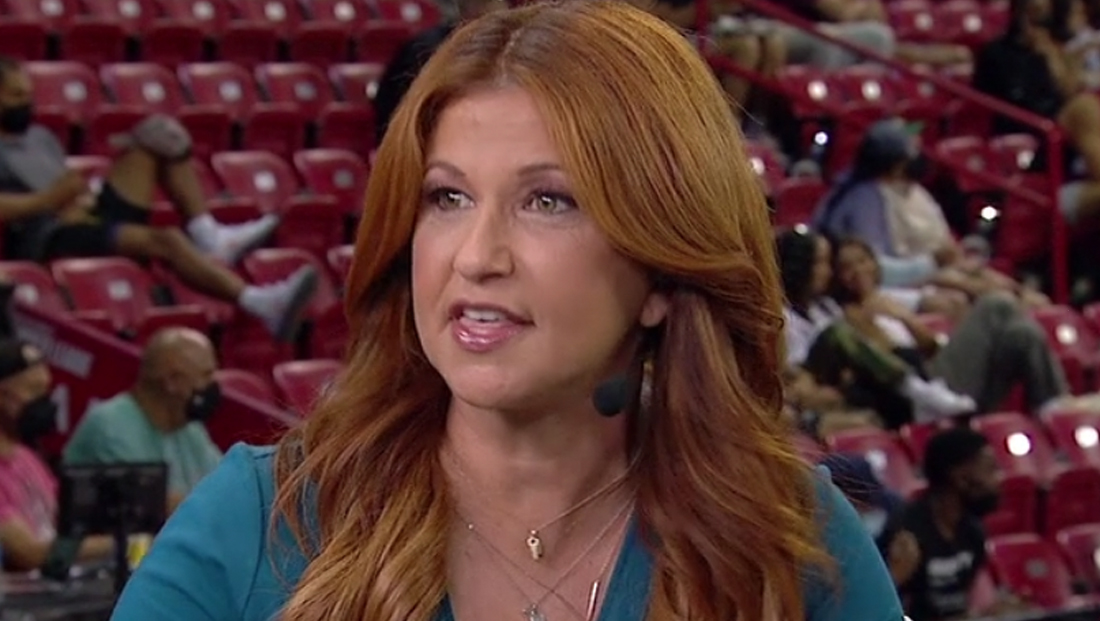 ESPN has canceled Rachel Nichols‘ “The Jump” and announced she will no longer cover the NBA for the network.

The decision was announced Aug. 25, 2021 and follows the network’s decision to remove her from covering the NBA finals in July 2021 after a recording of a phone call where she suggested Black anchor Maria Taylor was selected to help the network’s diversity record was leaked.

On the call, she is heard lamenting that the network made her a sideline reporter for the finals rather than primary host, a role that went to Taylor.

Nichols, who is white, later apologized for her comments.

It’s not immediately clear what this means for Nichols time at ESPN, though losing her show and barring her from NBA coverage certainly limits what she can do with her expertise and background covering basketball.

“We mutually agreed that this approach regarding our NBA coverage was best for all concerned. Rachel is an excellent reporter, host and journalist, and we thank her for her many contributions to our NBA content,” said David Roberts, ESPN’s senior vice president of production, in a statement issued by the network.

Nichols, meanwhile, tweeted a photo of her on the set of “The Jump” celebrating creating the show and thanking the staff and crew, along with a promise of “more to come…”

Got to create a whole show and spend five years hanging out with some of my favorite people ❤️ talking about one my favorite things 🏀 An eternal thank you to our amazing producers & crew – The Jump was never built to last forever but it sure was fun. 😎
More to come… pic.twitter.com/FPMFRlfJin