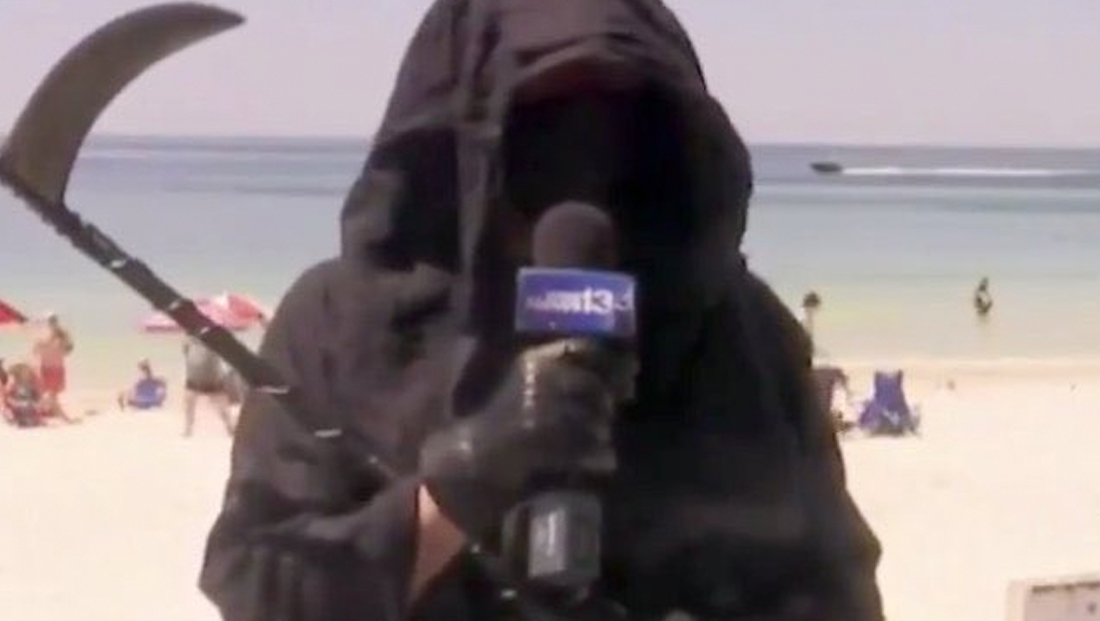 A Florida attorney who has been dressing as the grim reaper to protest the reopening of the state’s beaches amid the coronavirus outbreak was interviewed on live TV.

Daniel W. Uhlfelder has been dressing in a black cloak with a sickle prop and has been spotted on Walton County beaches — including at lifeguard stations.

Uhlfelder made an appearance on local ABC affiliate WMBB during a live morning news interview.

JOURNALISM 101: As a rule, never hand over your 🎤 … unless it's the Grim Reaper. pic.twitter.com/VYIm9KBlGD

In keeping with social distancing guidelines, the WMBB reporter stepped out of frame and handed the Uhlfelder the mic — complete with the station’s ABC 13 flag.

News 13's Faith Graham spoke with the 'Grim Reaper' live on News 13 at Midday. See what he had to say here — https://t.co/UvDqLyCd1U