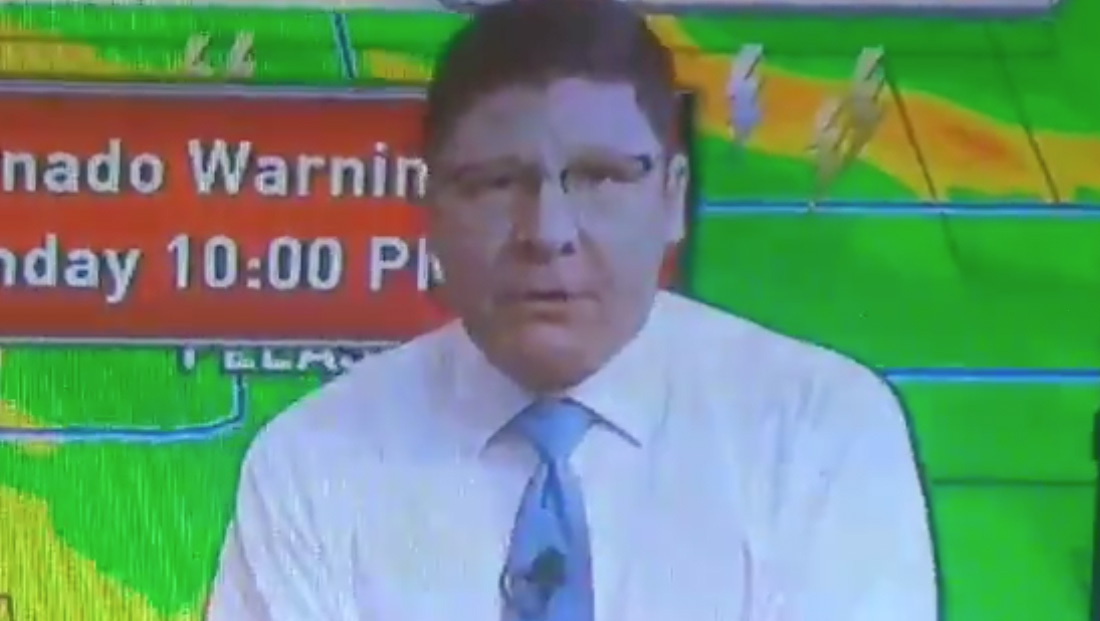 Jamie Simpson, who is a meteoroglist at Sinclair’s ABC affiliate WKEF in Dayton, Ohio, was in the middle of severe weather coverage when viewers took to social media complaining about missing “The Bachelorette.”

Tornado warnings interrupt #Bachelorette and this weatherman is tired of your complaints.
"I'm done with you people!"
#TornadoWarning #TheBachelorette pic.twitter.com/yBBM1RC6E9