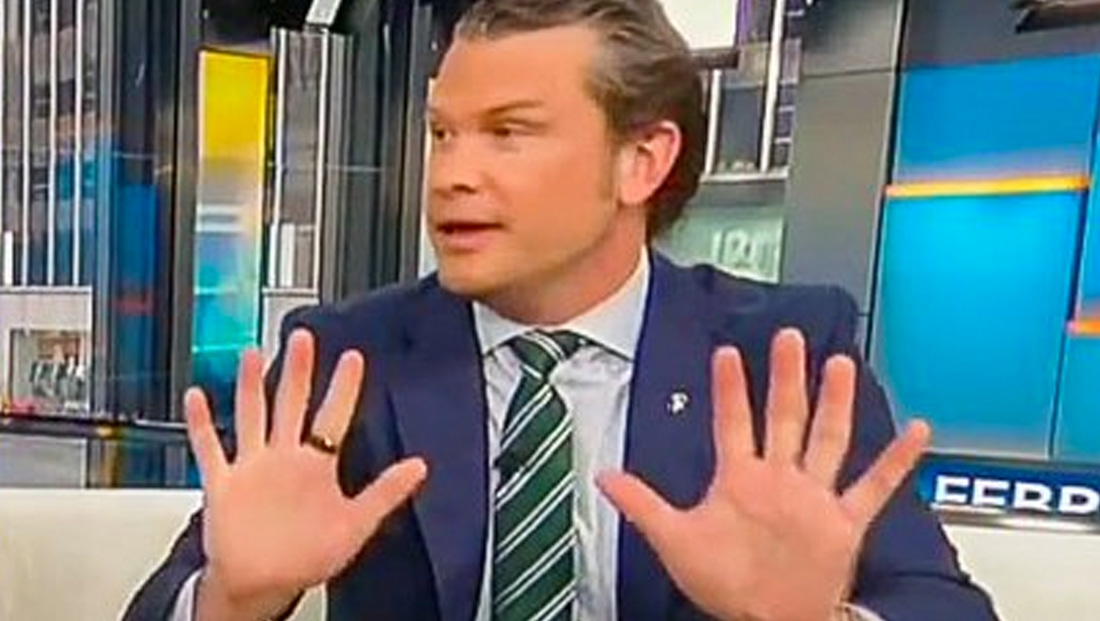 “Fox & Friends Weekend” co-host Pete Hegseth took the unusual step of not only cheering on a political candidate on Twitter but also indirectly fundraising for her.

In a now deleted tweet, Hegseth quoted a previous tweet of his support for anti-muslim Laura Loomer, who is running for Congress in Florida and provided a direct link to donate money.

While Fox hosts aren’t always shy about their political leanings, taking the step of actually soliciting money is even more unusual.

Hegseth (or perhaps some Fox brass) apparently thought twice about taking things that far — with Hegseth “washing his hands” of it by deleting the tweet.

Of course, unlike germs, tweets live on forever.