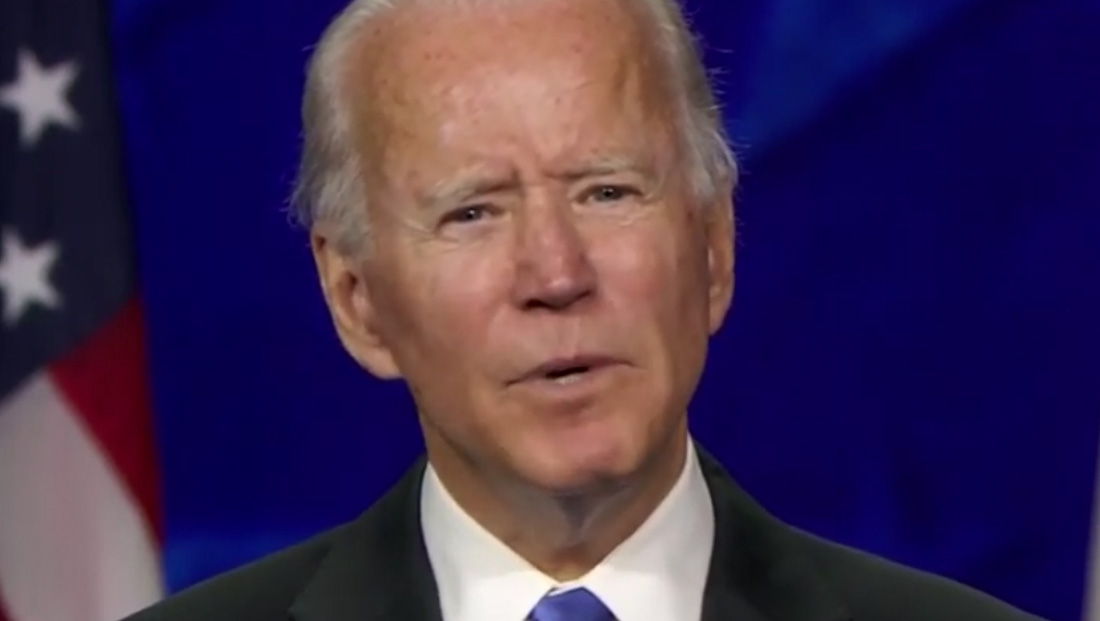 Fox Nation personality Tomi Lahren reposted a tweet from Joe Biden about the important of mask wearing during a pandemic — and included a snarky comment with sexist, homophobic and transphobic undertones that also managed to poke fun at gender norms.

Biden posted a video clip of himself wearing a mask with the simple line “Wear a mask.”

The nasty message is clear here: Joe Biden is a “girl” or “woman” for wearing a mask — and only females carry purses.

Or, in the case of sexual identity, gender fluidity and expression, only people perceived as being gay, transgender or “girly” carry purses.

There’s also the associated questioning of his masculinity that could lead supporters to label Biden with any number of demeaning terms such as “sissy,” “wuss” or “wimp,” which, in turn, opens the door to more sexist, homophobic or transphobic connotations as well.

In addition to the idea that only women carry purses being outdated — plenty of women or men who identify as men carry what’s essentially a purse — it’s just call a briefcase, attache, messenger bag or any other similar name.

Trump is also followed everywhere he goes with military aides carrying two large leather cases (often referred to as “briefcases”) containing equipment needed to launch a U.S. nuclear strike. However, it seems that might get a pass because annihilating another country and blocky black leather is so manly.

Might as well carry a purse with that mask, Joe. https://t.co/RugCFkC1GQ