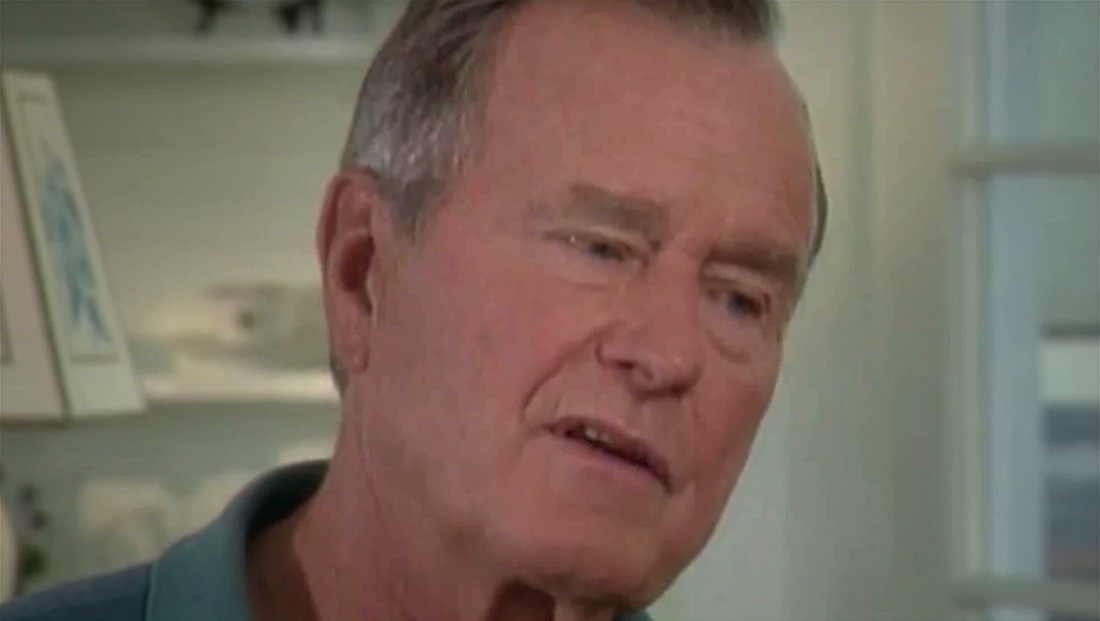 While NBC and MSNBC’s open for coverage of the funeral of former president George H.W. Bush contained pointed quotes that could be viewed as a commentary on today’s political climate, Fox News went religious.

After slow, somber music and fullscreen graphics using the network’s traditional dark gray and gold look used for prominent deaths, the network inserted a clip from an interview with Bush from many years ago saying “I think historians are gonna say that we did pretty well and, um, that’s alright for me. I’m not in any rush. In heaven look down … let him make that determination.”

#FoxNews has turned its graphics black for #Remebering41 coverage pic.twitter.com/nXrDba5ly8