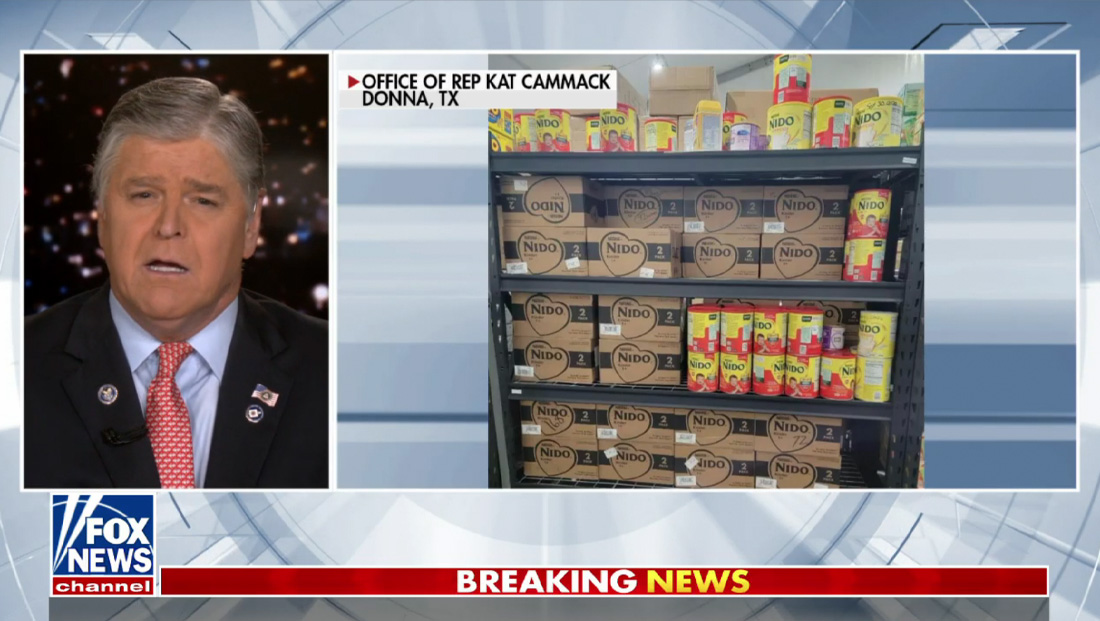 Fox’s Sean Hannity is under fire after showing photos of what he labeled baby formula intended for migrant children that were really a brand of powdered milk, CNN was first to note.

On Thursday, May 12, 2022, Hannity was railing against reports that the Customs and Border Patrol has been providing baby formula to migrant babies entering the country, often illegally, while they are held at detention centers — even as a nationwide shortage of baby formula continues to worsen.

CBP is, in fact, providing formula and other food to migrants entering the U.S., even those who do so illegally, though many observers have been quick to point out that that’s really the humane thing to do. 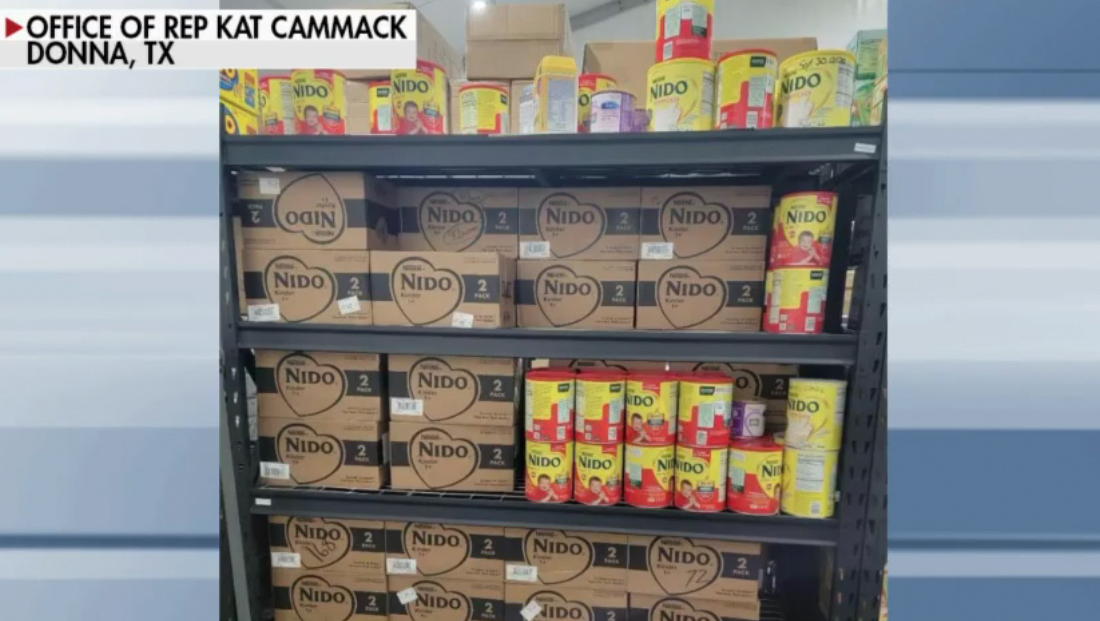 On “Hannity,” May 12, the network showed a picture of boxes and canisters of a product clearly labeled as “Nido.” The name appears clearly at least two dozen times on screen.

A quick search at Fox would have revealed that Nido is not, in fact, a baby formula.

Instead, it is a powdered milk product and is not intended for children under the age of one. Most experts only recommend feeding babies breast milk or formula until they turn one because cow’s milk can be difficult for babies to digest and cause illness or even death.

Fox has also allowed Rep. Kat Cammack to claim that the Biden administration has been diverting shipments of baby formula to CBP facilities, which fit nicely alongside photos of well-stocked shelves of the supplies.

Cammack’s office was also credited as the source of the photos, though they reportedly came from a source inside one of the facilities.

However, Cammack either did not know or did not disclose that CBP has long term purchasing agreements with formula manufacturers and keeps its facilities well stocked at all times in order to ensure that migrant children, many of whom are already experiencing malnutrition, get access to formula and other essentials needed to survive.

At least some of the photos shown on Fox in recent days do indeed show baby formula, though.

Rep. Kat Cammack either didn’t know or didn’t disclose that Customs and Border Protection (@CBP) has had contracts in place for YEARS to ensure essential items are always well-stocked at Border Patrol stations and tents.

So it makes sense that they have PLENTY arriving.

There is no evidence that any of the products shown in the photos were actually somehow diverted from shipments intended for the open market. Manufacturers also likely have contractual obligations to deliver products to these facilities, though there have also been reports of some of these shipments being shorted or canceled — after all, if there is no product to be delivered, it can’t be sent. It’s not clear what penalties manufacturers could be facing in these cases.

There’s also the issue that baby formula still is in demand all over the country, including at these facilities. While it’s certainly possible at least some of the supply could be re-routed to the public, it’s also not clear if this would have a significant impact on the overall supply given the scale of what CBP uses and the extent of the shortages.

In addition, immigration experts have pointed out that while many of the people in CBP facilities likely broke the law entering the country with proper paperwork, they are being held involuntarily by the U.S. government, which means it is still required to protect their basic human rights, which includes access to appropriate nutrition. In the case of babies in need of formula, it’s pretty hard to argue that they should starve because their parents may entered the U.S. illegally since it was not their decision to leave their home country.

Fox has also continued the narrative that the Biden administration has somehow created the formula shortage and is now unable to handle it. However, most experts agree that the core of the shortage can be tied to an Abbott Laboratories recall and facility shutdown after a bacterial outbreak was discovered in a Michigan factory.

The closure of that facility massively interrupted supply chain of baby formula, though the company is working to get it back up and running at full capacity as soon as possible.

Other causes of the shortage include the trailing effects of people hoarding formula and other staples during 2020 and 2021 due to concerns over the pandemic.

Sales briefly spiked, but then began to fall off after families began consuming their stockpiles when the anticipated shortages mostly failed to materialize at that time. This meant that manufacturers ended up facing the dilemma of lower demand for their products and stores not ordering more to stock shelves.

Baby formula is also one of the most regulated products on the market in terms of safety and production standards, which makes sense given that it is fed to some of the most vulnerable members of society.

Many of these regulations, which have existed for decades, makes it difficult to sell formula made overseas in the U.S. despite the fact that at least some of these products have been shown to meet or exceed American standards in lab tests.

Formulas that do meet U.S. regulations can still be imported, but trade policies enacted during Donald Trump’s administrations puts heavy taxes on baby formula products made in Canada, which is a major U.S. supplier for many products.

The baby formula industry also is heavily shaped by the Special Supplemental Nutrition Program for Women, Infants and Children, more commonly known as WIC. This program buys millions of units of baby formula each year from select, approved companies, which, in turn makes it the largest buyer of baby formula in the U.S.

The combination of strict regulations and the fact that the biggest buyer of the products only buy from select vendors means that companies aren’t as inclined to enter the market since it could potentially require significant upfront investments and require landing a WIC contract.

Today, three companies: Abbott, Mead Johnson and Gerber make nearly all of the baby formula sold in the U.S. With a significant portion of Abbott’s manufacturing capacity affected by the facility closure, this created a ripple effect.