Is NBC willing to sacrifice ‘Below Deck Sailing Yacht’ live viewers to try to save ‘American Song Contest’? 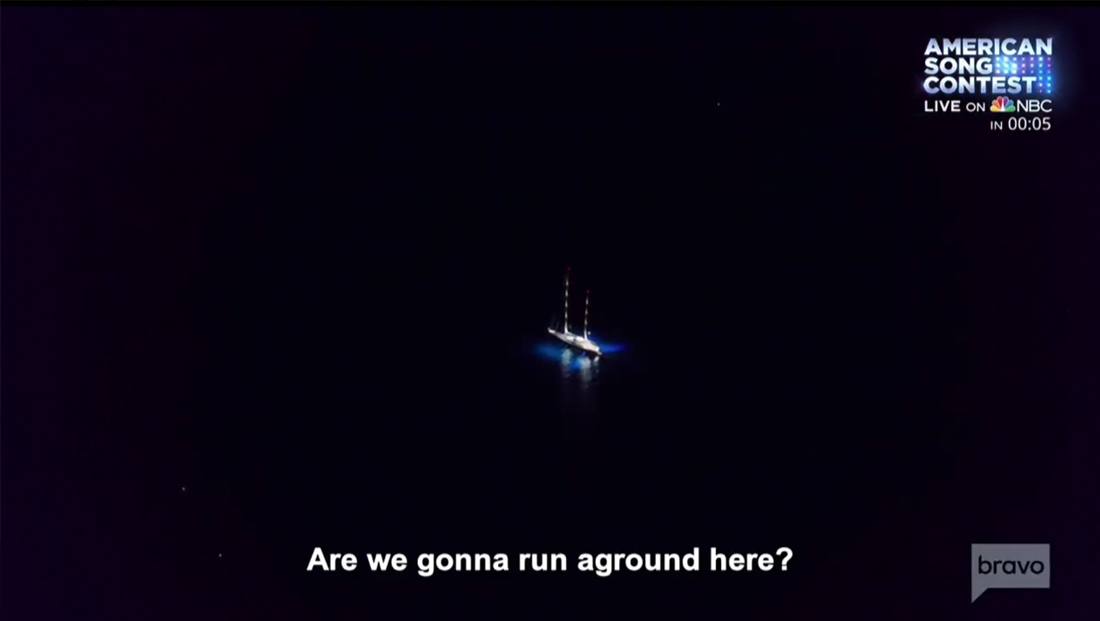 NBC appears to be so concerned about declining ratings for “American Song Contest” that it’s willing to send at least some viewers of Bravo’s hit “Below Deck” franchise overboard.

NBCUniversal owns both NBC and Bravo.

On Monday, March 28, 2022, “Below Deck Sailing Yacht” ran, like it often does, a repeat of the previous week’s episode immediately before the new one airs at 8 p.m. eastern. It’s a smart move to help viewers catch up or join the show midseason. 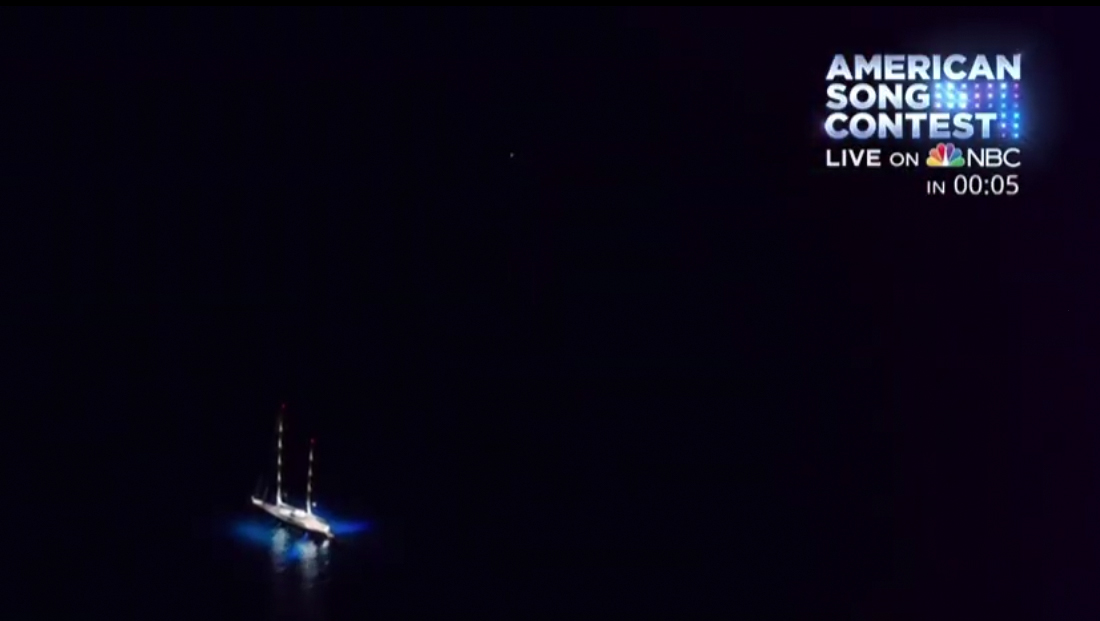 As the previous week’s episode wrapped up March 28, however, Bravo inserted the “American Song Contest” logo in the upper right of the screen with the notation that it is “live on NBC in…” followed by a countdown.

In other words, NBCU apparently made the call that it would try to nab viewers on Bravo into switching over to NBC to watching is flailing singing competition series rather than have them watch a new episode of “Sailing Yacht” — which happened to end the previous episode with a cliffhanger of the boat possibly running aground (viewers learn what happened in the next episode).

Of course, in the age of DVRs and on demand, it would be relatively easy for “Below Deck” fans to quickly set up a recording to stay on top of their favorite yacht crew on the show and flip over to NBC if the allure of a live singing program was enough to capture their interest — and still not miss the antics of the boat crew.

However, many of the “Below Deck” shows, which have grown to three on Bravo and a fourth exclusive to streamer Peacock, are heavily driven by social media with live posts coming out from crew members as episodes air, so watching it live has some second screen appeal.