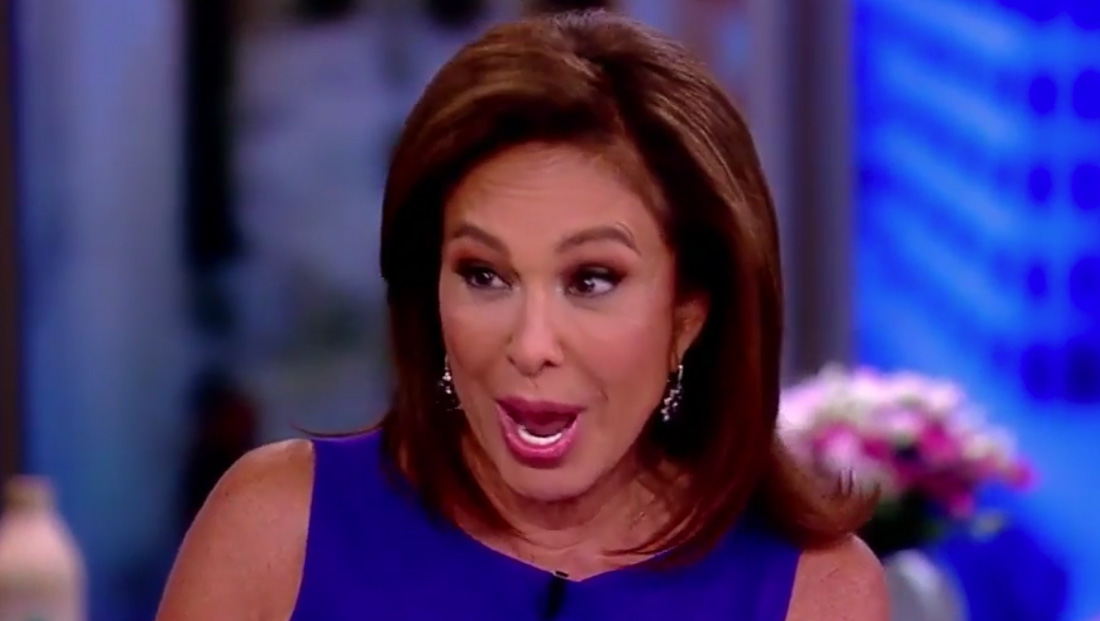 During the final block of April 20, 2022’s edition, co-host Greg Gutfeld was getting ready for an “Animals Are Great” segment when the muffled sound of “I Love The Bar” started playing.

“What the hell’s going on?” Gutfeld said as the music from the segment open faded out.

The hosts quickly realized it was coming from Pirro’s phone, which appeared to be in a case blinged out with some kind of metal chain.

The control room cut to a shot of her while she puzzled over how to silence the device.

“How could this be on?” Pirro exclaimed, probably referring to the fairly standard rule in broadcasting of keeping cell phones on silent.

The choice of Keith is particularly appropriate for the right-wing judge — the country artist was a vocal supporter of Donald Trump.

“I Love That Bar” features lyrics that discuss the feeling of entering a comfortable watering hole — which could be considered ironic given past incidents where viewers thought Pirro appeared drunk while broadcasting her weekend “Justice” show.

She denied being under the influence of alcohol after a May 2020 incident and both she and the network noted that incident was due to technical problems related her first remote broadcast because the coronavirus pandemic forced many of its hosts to broadcast from home or alternate locations.

Not sure what happened here pic.twitter.com/XZkUfemYOU

Pirro has also been portrayed as a boxed wine loving character by Cecily Strong on “Saturday Night Live.”

Pirro has a distinct, somewhat stilted delivery style and often seems to struggle with how to address a camera — including in a rather awkward handoff between “The Five” and Bret Baier shortly after the ringtone incident.