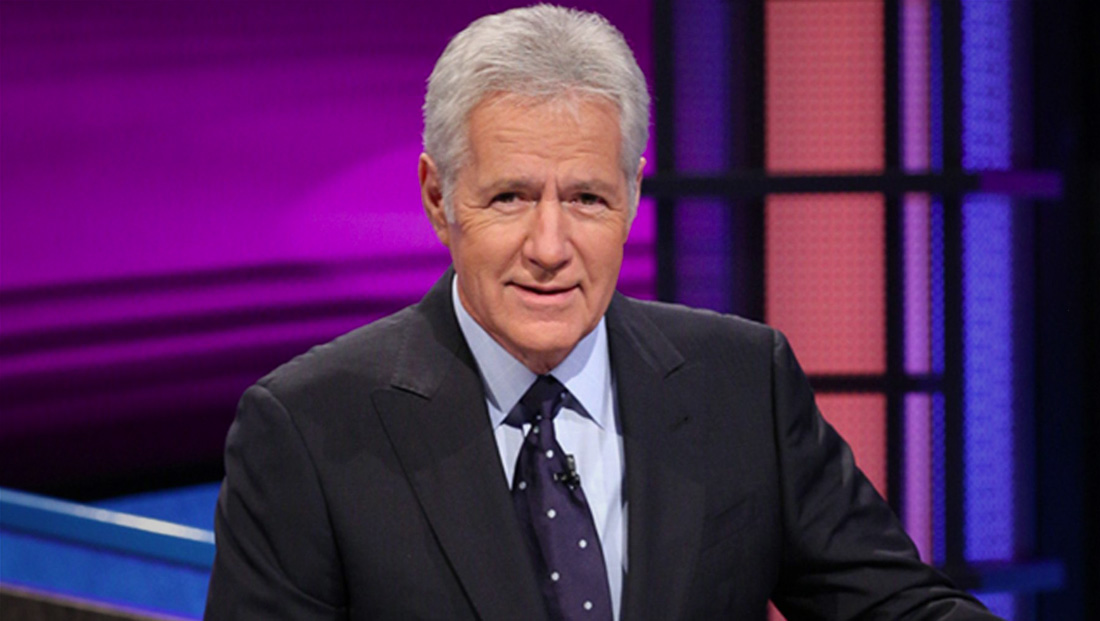 Alex Trebek, who has hosted the syndicated game show “Jeopardy!” for just over 36 seasons, has died at age 80, the show’s Twitter account confirmed Sunday, Nov. 8, 2020.

The show wrote “Jeopardy! is saddened to share that Alex Trebek passed away peacefully at home early this morning, surrounded by family and friends. Thank you, Alex,” around 12:27 p.m. eastern.

Jeopardy! is saddened to share that Alex Trebek passed away peacefully at home early this morning, surrounded by family and friends. Thank you, Alex. pic.twitter.com/Yk2a90CHIM

The exact cause of death was not immediately announced, though Trebek has been publicly battling Stage 4 pancreatic cancer since March 2019.

Trebek took little time off during his treatment and returned to taping socially distanced episodes of the quiz show in late summer. New episodes with him as host began airing in early fall.

Like many game shows, “Jeopardy!” typically tapes five shows a day twice a week, meaning two week’s worth of episodes can be produced in just two days, so the show could well have completed episodes featuring Trebek that could mean he could appear on TV for weeks, if not months, after his death.

The show later announced that Trebek taped his last episodes in late October.

Episodes are typically transmitted to TV stations that carry the program in batches or, in instances of highly anticipated games, one at a time, and “Jeopardy!” could conceivably offer stations an updated version of an episode as early as this coming week with a memoriam for Trebek, though none of this has been announced.

At the start of Season 37, “Jeopardy!” announced that record setting champ Ken Jennings would be joining the show in a contributor-like role, appearing on screen reading clues and also making appearances at special events.

Of course, many noted this easily could have been seen as a strategy to ease Jennings into hosting full time if and when Trebek died or retired.

Another record setting champion, Brad Rutter, has also been speculated as a possible replacement for Trebek, though he notably did not sign a deal with the show like Jennings did.

Trebek signed a four year extension to his contract in 2018, which would have run through 2022, and indicated at the time it would likely be his last.

Trebek appeared in over 8,200 episodes of the show (and counting, assuming production company Sony continues to air his taped episodes). He surpassed “The Price is Right” host Bob Barker, who retired from the show in 2006.

Trebek is survived by his second wife, Jean, who he married with the response of “The answer is … yes” in 1990, along with two of their children, Emily and Matthew.

He also has an adopted daughter from his first marriage who ended up taking his last name. Nicky Trebek continued to play a big role in his life over the years.

In addition, Alex had a half brother he wasn’t aware of until he began hosting “Jeopardy!” who he would eventually meet.

Trebek started his career on Canadian television, initially as a journalist. He would eventually switch to appearing in rather unremarkable game shows until “Jeopardy!” creator Merv Griffin came calling for him to host a revival of “Jeopardy!”

Over his time with the show, he never missed a taping of the show, though some injuries and illnesses did require the show to cancel or postpone tapings.

Trebek “missed” one episode of the show — April 1, 1997 — when he and “Wheel of Fortune” host Pat Sajak swapped places.