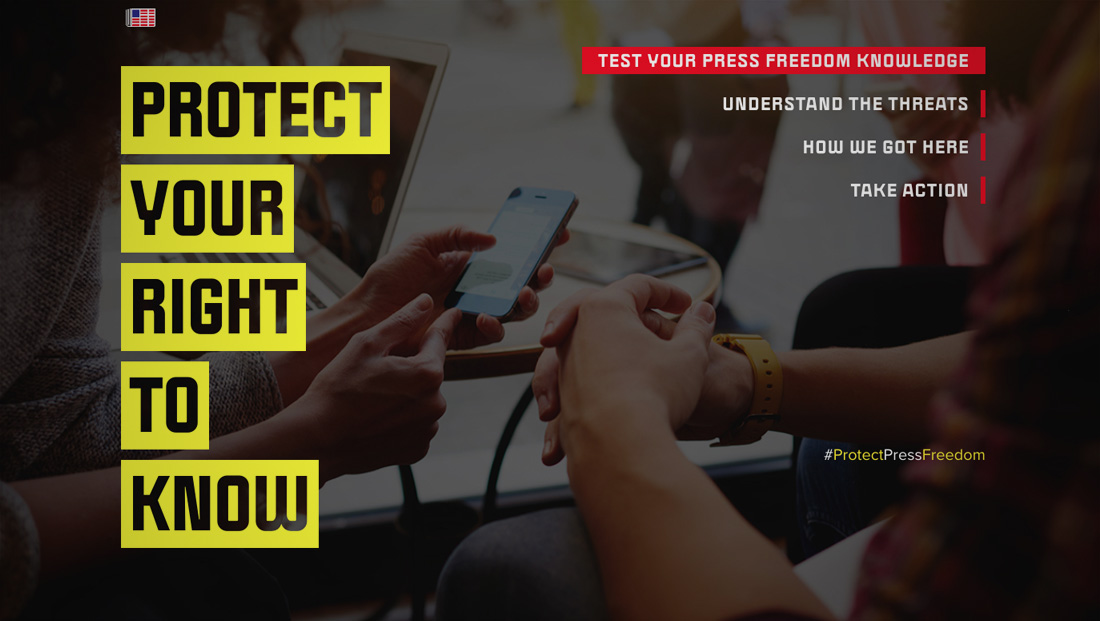 Some of the biggest names in media are joining a national campaign under the banner “Protect Press Freedom.”