MSNBC live shot gets interrupted — but in ‘best’ way possible 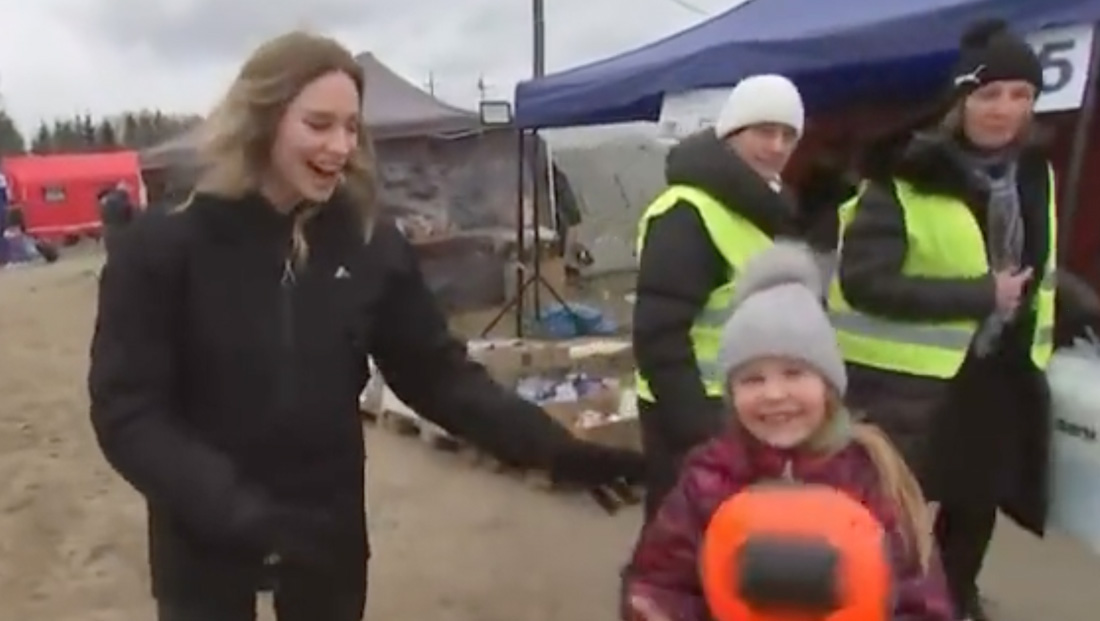 NBC reporter Ellison Barber got a welcome surprise interruption during an MSNBC walk and talk live shot from a refugee camp in Poland.

Barber was talking viewers on a walk around the set up when a young girl bouncing a soccer ball walked into frame and tagged along for part of the shot.

The girl, wearing a pink jacket, was presumably part of the many Ukrainians who have fled the country to Poland after Russia’s unprovoked attacks on the country.

According to Barber, she had been playing soccer with the girl prior to going on air.

the best interruption of a live shot I’ve ever had on @MSNBC pic.twitter.com/nGy4JQJuSU

She later posted a still photo of her playing soccer with the girl and another child again.