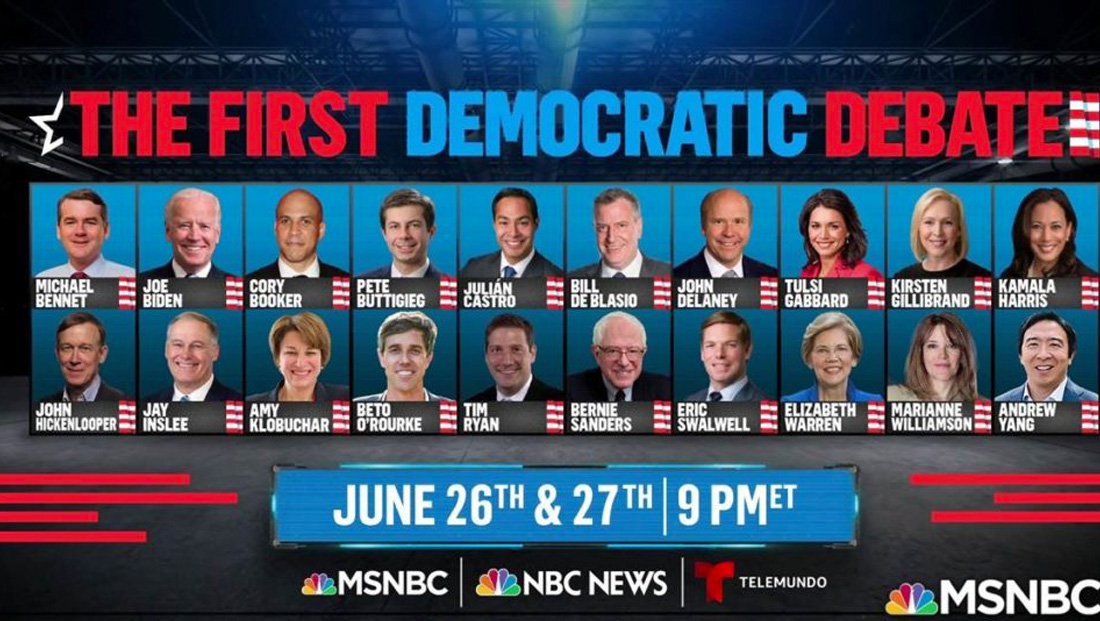 NBC News conducted a random drawing Friday, June 14, 2019, to determine how the 20 Democratic presidential candidates will be grouped during the two night first debate.

Perhaps not surprisingly, the way the lineup was drawn was a bit complex. According to NBC News, here’s how it worked:

NBC did not announce how candidates will be positioned on stage, nor was it immediately clear how that would be determined.

NBC will use a total of five moderators from across its properties:

The debate will air across NBCUniversal properties: