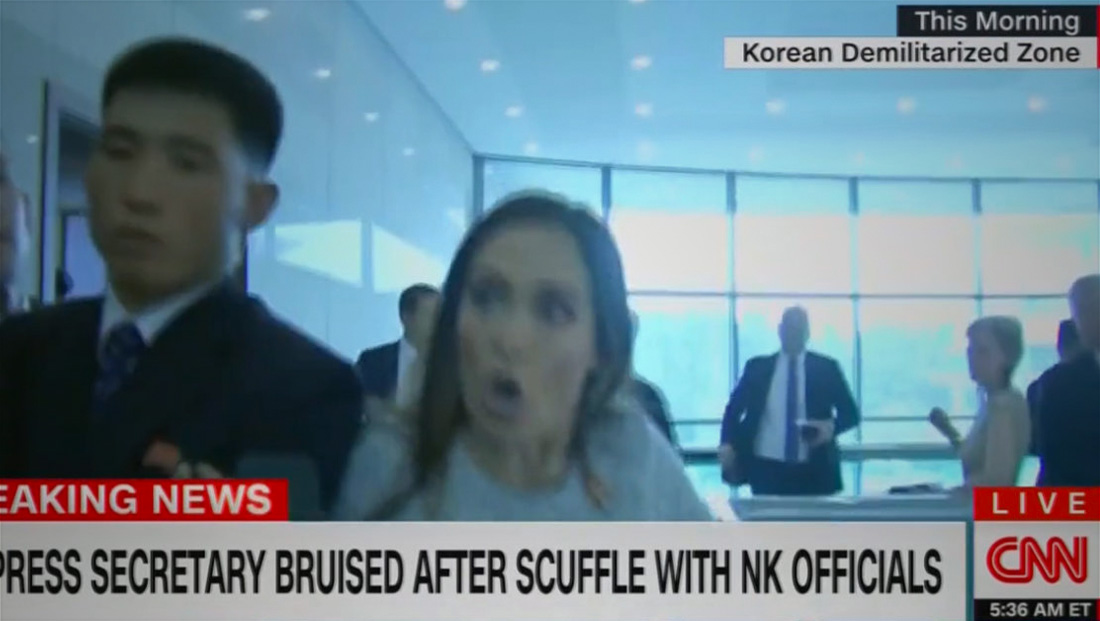 The incident happened after Trump stepped into North Korea.

North Korean security tried to block the press from capturing the events.

Grisham apparently tried to intervene and allow the press access, reportedly ending up with bruises from the confrontation.

“Stop. Let me go. I need help here!” she can be heard saying on a video of the incident.

The Secret Service was also involved in intervening in the efforts to block the press pool’s entrance.