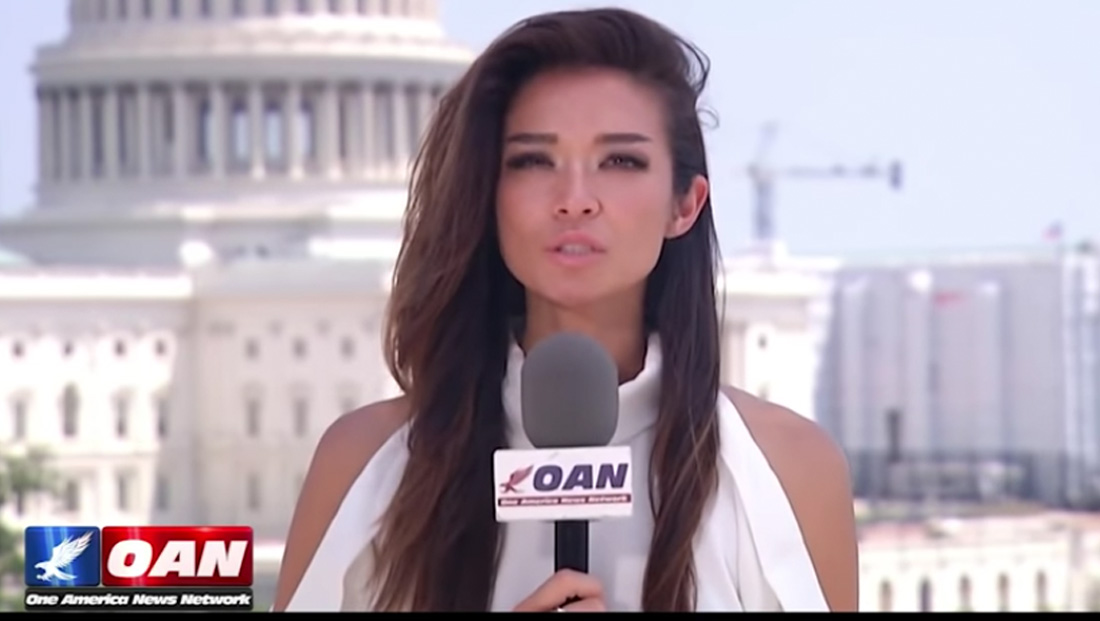 Despite being banned from the White House briefing room by the White House Correspondents Association, OAN personality Chanel Rion was back in the room April 2, 2020 — apparently at the request of Donald Trump’s press secretary Stephanie Grisham.

OAN is frequently cited as a “pro-Trump” conservative media outlet that is favored by the Trump administration over Fox’s conservative commentary channel at times.

The WHCA has implemented rules that limit access to the briefing room to 14 people per day — with some networks, including OAN, having to rotate in and out based on a scheduled the association established.

Although not mentioned specifically in its announcement, it became clear that Rion was the subject of an April 1, 2020 vote by the WHCA board.

Rion was reportedly the subject of multiple complaints by other outlets for entering the room on days she was not scheduled to be in the rotation — instead hovering in the aisles against rules set up by the WHCA to help encourage social distancing.

She claimed she was the guest of Grisham March 31 and April 1, 2020. On April 2, OAN’s president announced Rion was personally invited into the room by Grisham.

Rion has also noted that she has and continues to socially distance herself from others while in the room against WHCA rules.

The incidents have put OAN at odds with the WHCA and garnered criticism that the banning was due to the outlet’s conservative slant. Rion has been accused of lobbing softball questions for Trump and his team — as well as asking questions that bring up conspiracy theories about other media outlets.

While the WHCA sets up rules for press room access, including the new rules in the age of coronavirus, it doesn’t necessarily have the final authority to determine who can and cannot be in the room.