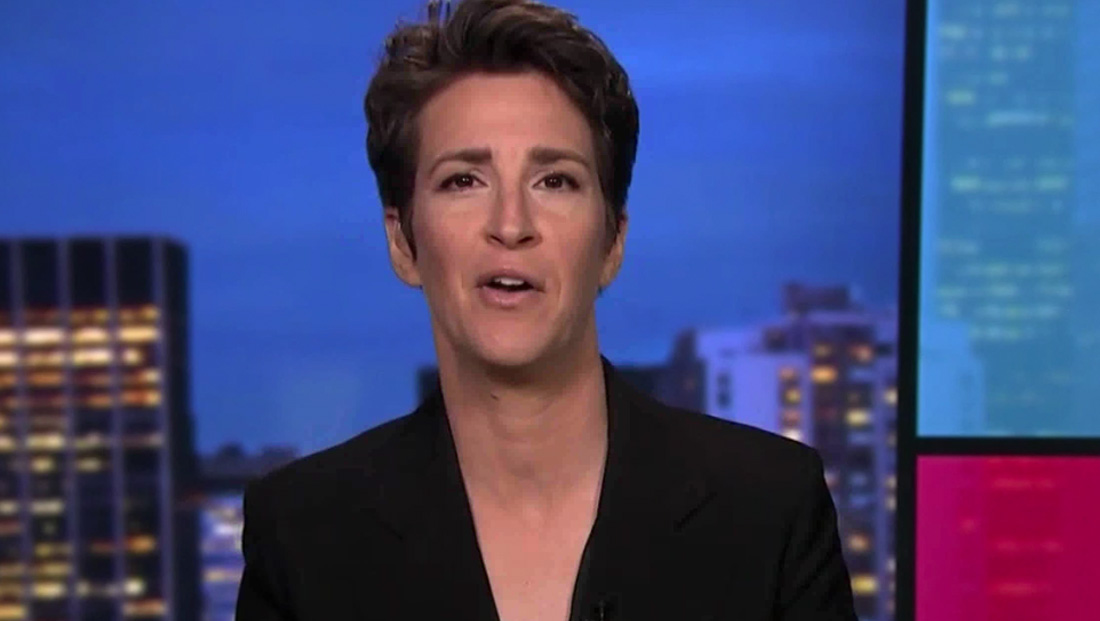 MSNBC star Rachel Maddow is reportedly mulling leaving the network when her current contract ends in 2022, reports The Daily Beast.

Instead of jumping to a rival network, Maddow is more likely to start her own media brand, perhaps via streaming or podcasting.

Six insiders told The Daily Beast Maddow is considering those options because they would give her more time for family and other projects.

She’s hosted “The Rachel Maddow Show” on MSNBC since 2008 and is reportedly a stickler for the details and perfecting her show and its segments. She’s addressed the issue of burnout before — including taking some extended time off earlier this year.

Previously, her show would occasionally got on hiatus Fridays during select summer months as well.

Maddow dropped her reps at Napoli Management Group and moved to Endeavor, who are currently working on negotiating with NBCUniversal for a possible new deal.

NBCU is reportedly keen to keep Maddow, whose show has consistently delivered some of the most consistent ratings across the schedule and also likely plays a key role in drawing viewers to other shows.

In addition to hosting her namesake show, Maddow also heads up MSNBC’s major political coverage, most recently with Joy Reid and Nicolle Wallace, who also recently signed extended deals with the network.

Maddow is reportedly one of the network’s highest paid personalities (if not the highest).

NBC and MSNBC could entice her to stay by giving her, for example, more flexibility and time off throughout the year, perhaps by replacing her with guest hosts on select editions.

If Maddow is looking for lighten her workload, NBC could also consider offering her a show on Peacock or NBC News Now, its streaming platforms, or backing a podcast. Several other MSNBC and NBC anchors and reporters host podcasts and streaming shows, most notably Chuck Todd.

This would require MSNBC to concede losing Maddow on its primetime schedule but at least keeping her “in the family.” She could also be offered the opportunity to still appear during special coverage or a limited series or one off specials throughout the year.

However, Maddow could ultimately strike out on her own and create a standalone media company that would then, in turn, produce and distribute her content.

Starting such a venture would be relatively inexpensive, especially considering the power her name could draw. It could ultimately end up being more lucrative for Maddow since she’d be able to pocket more of the revenue directly, without MSNBC being the “middleman” between the ad dollars she generates and her own pocket.

Even if she ended up making less than her MSNBC salary, she could potentially generate significant income with less work and without the pressures of a daily show.