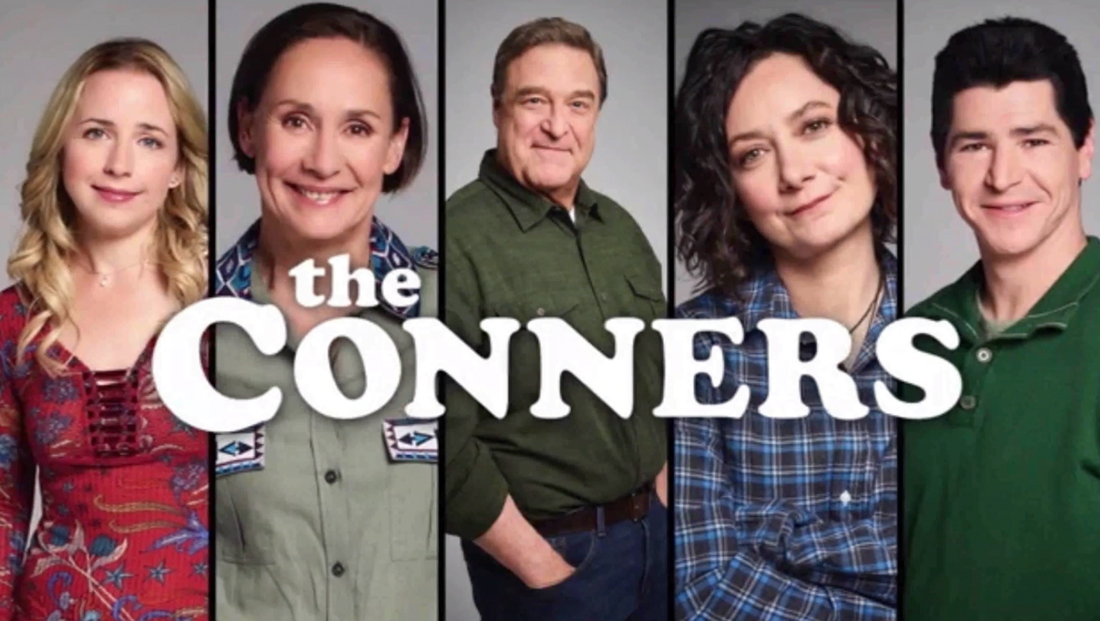 “The Connors,” the spinoff of the briefly revived sitcom “Roseanne” that was canceled after its namesake star Roseanne Barr came under a storm controversy, moved its title sequence to the end of the show, cleverly blending a key plot point into the episode into a look familiar to longtime fans.

For most episodes, “Roseanne” used an open backed with a harmonica track where the camera rotated around the Conners’ kitchen table with the chaos of a busy family going on behind, before ending at Barr, when the music would stop and her trademark cackling laugh could be heard.

The sequence itself was reshot several times throughout the series’ run and also was changed to include a rather odd special effect where characters would “age” on screen.

On the debut of “The Connors,” the show started with a similar typographic only title card, before launching into the show.

After Jackie Harris, Roseanne’s sister, spends much of the episode rearranging the kitchen for “optimal work triangle configuration,” she asks the family to take note at how much more effective her rearrangement of the kitchen is — which is the cue for the familiar harmonic music to start and the camera begins circling around the table as the credits roll.

The approach was a clever was to combine a storyline point around the familiar opening element — and almost seamlessly blended the title and credit sequence, which is not typically considered to be part of the plot of the show, directly into the plot of this episode.

By the way, it’s worth watching the segment carefully to see little “tricks” the family members play on each other — such as a plate of fruit that is passed around the table.