Steve Kornacki retires in ‘election tie’ after it falls apart 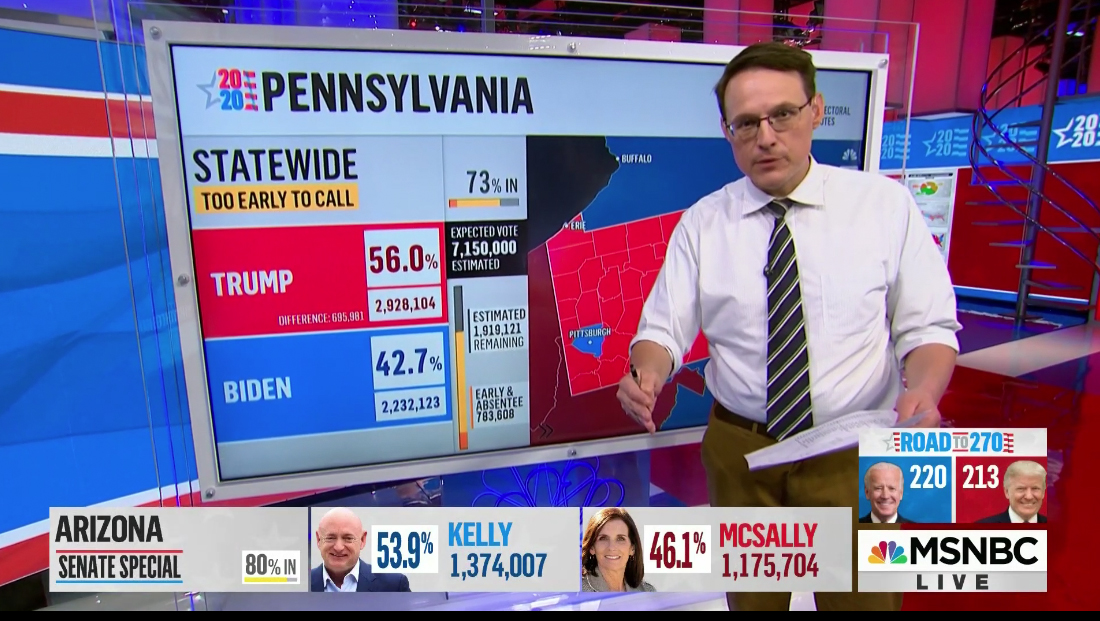 MSNBC correspondent Steve Kornacki says it’s time for him to retire the tie he wore throughout 2020 election coverage.

The tie, which is navy, tan and green, was apparently being held together with staples and Kornacki broke the news on Twitter that “the time has come to finally retire my tie.”

The tie, which garnered as a satirical Twitter account (@StevesTie, of course), gained a small following of loyal fans during the election.

Kornacki racked up countless hours on camera during 2020 election coverage, including a 19 hour streak on election night and into the following day.

While it’s not clear how old the tie is, one might wonder if the tie’s demise was at least partially thanks to swinging back and forth so much during Kornacki’s trademark nonverbal gestures while using one of the network’s multiple touchscreens to break down data and geography.

Against all odds, the staples held through the election, but now I think the time has come to finally retire my tie pic.twitter.com/MvjSzjfR5f

Kornacki is also known for appearing on air wearing khakis and a dress shirt — often with the sleeves rolled up.

Meanwhile, MSNBC’s Twitter account latched on the thread Kornacki started with a simple “@Smithsonian ^,” apparently a subtle (or not so subtle) hint that the tie should be added to the national museum’s collection.