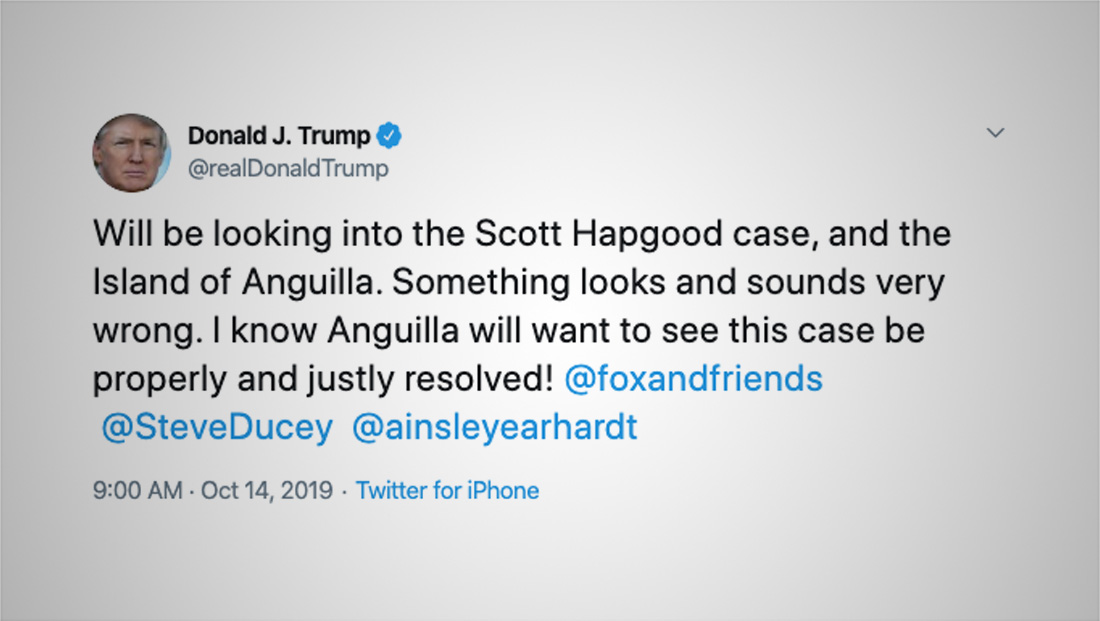 Donald Trump misspelled the name of a “Fox & Friends” co-host — one he once granted an impromptu live interview to — in a tweet.

Will be looking into the Scott Hapgood case, and the Island of Anguilla. Something looks and sounds very wrong. I know Anguilla will want to see this case be properly and justly resolved! @foxandfriends @SteveDucey @ainsleyearhardt