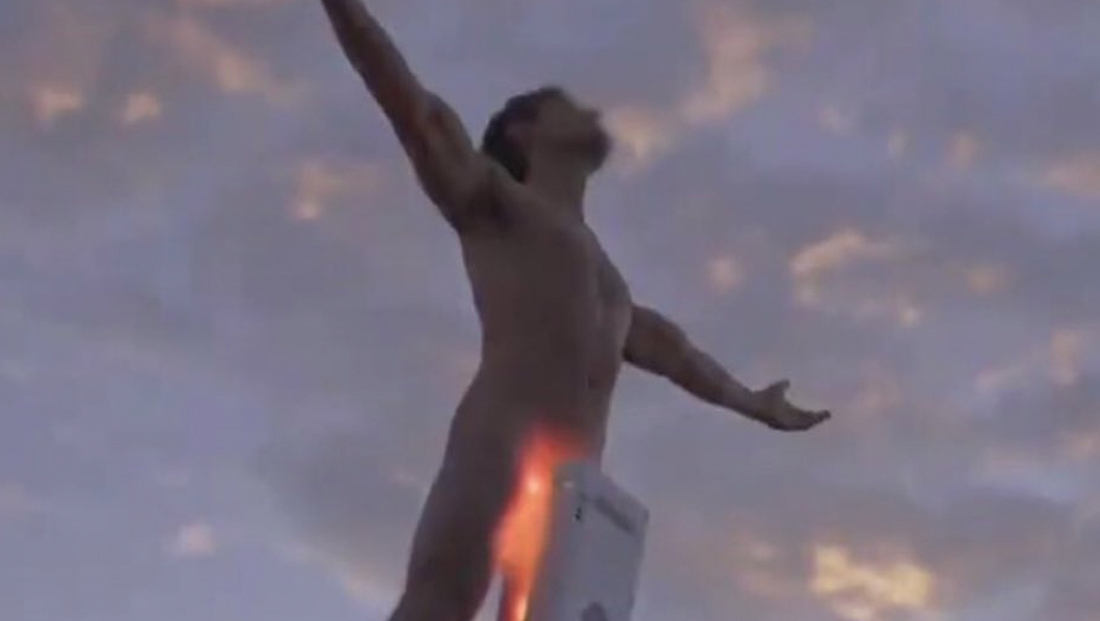 A promo trailer for a Tucker Carlson program on the “The End of Men” has caused quite the stir for its bizarre clips showing partly nude men that have an oddly homoerotic undertone.

The promo, which is for the new season of “Tucker Carlson Originals,” a long-form series masquerading as documentaries, is planning to feature an episode that examines the purported “total collapse” of testosterone levels in men.

“The End of Men” is the latest in some awkwardly rhyming titles the Fox Nation series has featured, including the “The Trial of Kyle” featuring an interview with Kyle Rittenhouse.

In addition to the images of nearly nude men shooting guns, grilling, chopping wood and wrestling (as well as some actions that aren’t quite explainable such as, as one Twitter user put it a “… dude having sex with a Tesla recharging kiosk… “), the trailer features “Thus Spoke Zarathustra Op. 30,” the song made famous by “2001: A Space Odyssey.”

Is that one dude having sex with a Tesla recharging kiosk?

“One of the biggest stories of our lifetimes is the total collapse in testosterone levels in American men,” Carlson can be heard saying in the promo’s voiceover.

It is true that there is scientific evidence that testosterone levels in men have been on a decline, but most reputable scientists attribute this to pollution. Carlson claims that he will reveal the real “secret” behind it.

Carlson also mentions that the phenomenon of fading hormones will eventually create “men who are strong enough to survive” who will be tasked to “reestablish order.”

Carlson has previously falsely claimed that the COVID-19 vaccine could “emasculate” men — among others’ false cries that it could affect fertility in men and women.

He also declared that the U.S. military is using vaccine mandate to somehow identify and kick men with high high testosterone levels out of the forces, something of which there is no evidence.

I promise you are not prepared for Tucker's latest montage pic.twitter.com/8tdvYTW2cn

Social media had a field day with the promo, with some users editing it against other music they felt was more appropriate, including “YMCA.”

Other pointed out that the promo would likely be banned from classroom use in Florida after the passage of the controversial “Don’t Say Gay” bill that many in conservative media supported.