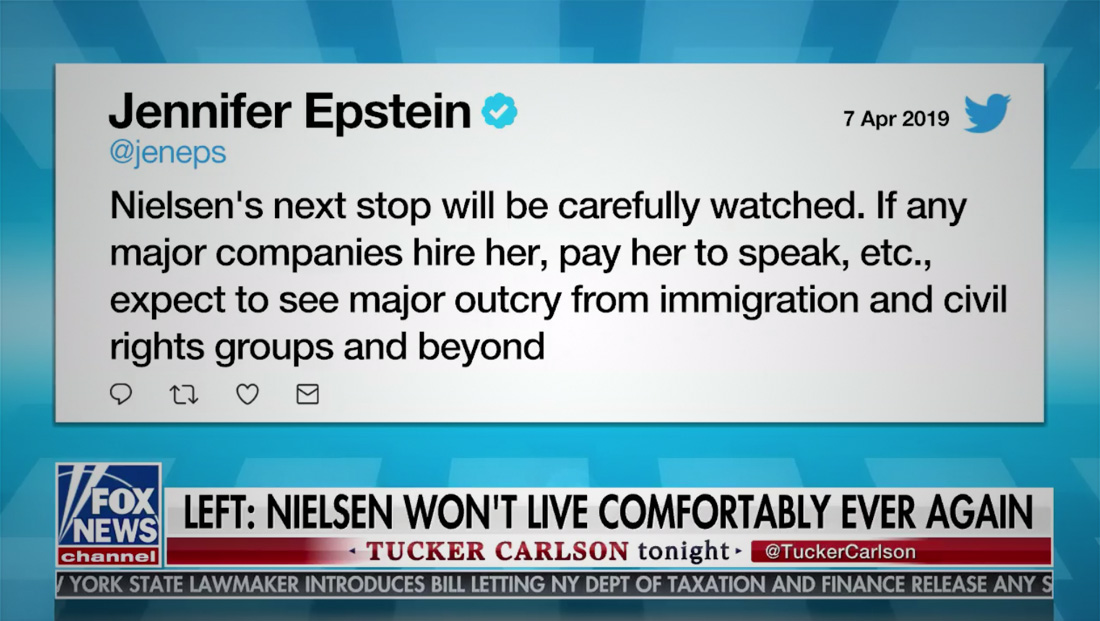 Bloomberg White House reporter is calling out “Tucker Carlson Tonight” for Photoshopping a screen capture of a tweet she posted.

Tucker Carlson's show edited a tweet of mine when it appeared on air tonight (image 1 in this tweet). They left out the colon and link to a story about groups that have pledged to protest companies that hire Nielsen or others involved in the family separation policy (image 2). pic.twitter.com/aqwmKaeiug