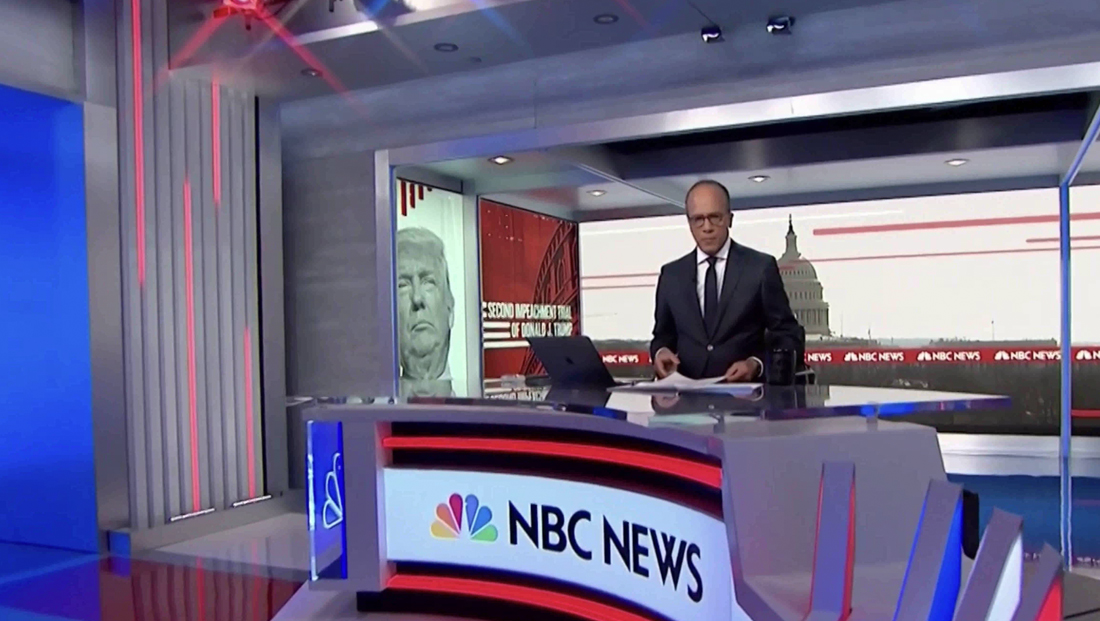 MSNBC and CNN started coverage earlier with these opens:

Fox’s right leaning network rolled coverage into its normal schedule, unlike CNN and MSNBC, who changed their lineups to reflect the special coverage.

Fox did not have a formal open, but did use a branded fullscreen wipe effect and matching “sliver” running along the bottom of the screen.

The look did include Trump’s image in the fullscreen version but did not feature his name in the title itself — instead using “Senate Impeachment Trial.”